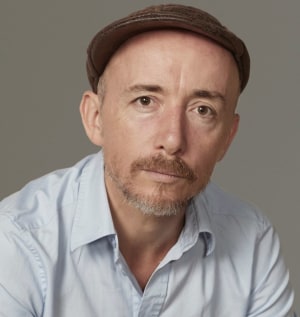 The announcement comes after weeks of speculation on who would fill the top role, with Keogh being tipped for the role since his departure from Clemenger Melbourne in July.

His addition to The Monkeys' new venture makes him the third Clemenger member to join the agency, which was recently acquired by Accenture, joining CEO Paul McMillan and head of strategy Michael Derepas.

Keogh is one of Australia’s highest ranked creatives, working on some of Australia's most awarded advertising in his decade at Clemenger, including TAC ‘Graham’, Snickers' 'Hungerithm', Bonds 'Boys', National Australia Bank 'Breakup', Carlton Draught 'Slo Mo' and 'Beer Chase' and 'Made from Beer'.

Last month Keogh was listed in AdWeek’s ‘10 Global Creative Leaders Reinventing the Advertising Industry’, and for seven years in a row ranked as the top Executive Creative Director in Australia by Campaign Brief. He has headed up the BestAds Australian ECD Rankings for the past decade and is also ranked number seventh in the world.

Under his creative leadership, Clemenger Melbourne was awarded Cannes Lions Agency of the Year for 2017.

AdNews understands Keogh was exploring his options overseas as well as considering opening his own shop prior to coming on board with The Monkeys.

At the time of his departure from Clemenger, Keogh said he was taking time out for personal creative projects.

“I take pride in creating real work that real people see, and if that work wins awards, well that’s a bonus. It’s why I’ve always admired The Monkeys’ ability to get people out there in the real world talking about their work. Couple this with the firepower of Accenture Interactive and you have a pretty formidable cross-platform team, which I’m very happy to be joining," Keogh says on his appointment.

Since AdNews revealed The Monkeys would be opening a Melbourne shop, the agency has won a slate of clients, including Holden SUV, CrownBet and Australia Post.

The Monkeys Co-Founder and Group CEO Mark Green adds: “We are so pleased to have Ant join our Victorian leadership team, alongside newly announced Melbourne CEO Paul McMillan and head of strategy Michael Derepas. I’m certain that our growing list of Melbourne clients will welcome the opportunity to have Ant’s vision, track record and creative pedigree available and on hand to help steer them forward. Exciting times ahead.”