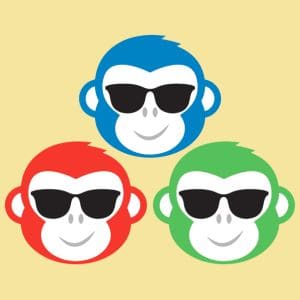 Following Accenture's acquisition of indie creative shop The Monkeys, the first concern many in the market have is whether the agency's culture and spirit can survive the transition to be part of a management consultancy.

While many have complimented The Monkeys on the strategic move, others behind the scenes were quick to call out the flaws in the acquisition.

Now in its eleventh year, The Monkeys is known for its independent spirit, vibrant culture and its diversified approach to advertising and branding. Some senior creative execs remain sceptical to see how its culture fares now it’s been scooped by Accenture.

However, the agency founders are adamant The Monkeys culture will not be compromised by the acquisition.

Speculation is rife around agency acquisitions made by consulting firms that there is an incompatibility of cultures between the accountancy firms and agencies.

Reactive, one of the most significant acquisitions Accenture has made in the local market, is a case in point. It saw a sizeable chunk of its team exit shortly after the acquisition because they couldn't align their values with the new organisation. It is said to have gone from a nimble, small agency startup with a dynamic culture to a cog in a corporate wheel that smothered it.

Two years after the acquisition, Accenture retired the Reactive name. Its Fjord acquisition is largely seen to have gone better however.

There will be some noses put out of joint in the market who see The Monkeys joining a global management consultancy as the death of a strong creative independent agency in Australia, and a further example of the consultancies encroaching on creative turf.

Co-founder and CCO of The Monkeys Scott Nowell bats it away.

"This is definitively not the death of the Monkeys," he says, adding that it gives the agency more fire-power.

“It's the opposite. The Monkeys now has a couple of afterburners strapped on to the back powering it into the future.

Creative agencies are hard wired differently to consultancies, which can make it difficult to integrate. Agencies are nimble and specialists in their fields, where as creative arms of businesses like Accenture Interactive represent a small portion of a consultancy’s overall revenue.

“One of the things that was most important to us and one of the reason we partnered with Accenture is because of their focus on nurturing people and getting the best out of the talent within the agency,” chief creative officer Justin Drape tells AdNews.

“You can't force a culture ... culture was one of the things we had synergy on straight away. We walked away from initial conversations with Accenture impressed by how focused they are on culture and people.”

Speaking on The Monkeys' plan to enter APAC, Drape adds that the agency and Accenture have had many discussions of how it can expand without negatively impacting the culture it has built.

“We have talked in detail of how we will expand and how we can do it originally with the people we have in our agency who are excited about the move,” he says.

“We already have similar clients with Interactive so straight away we know we can grow in the right way.”

In a recent AdNews print feature on the impact of consultancies on agencies, creative leaders expressed the opinion that consultancies would have to undergo their own digital transformation to successfully facilitate the creative process.

Buckley says he understands why the industry would see the differences between Accenture and The Monkeys, but there are actually many similarities.

“Accenture Interactive is the creative agency within the business and we now have over 250 staff that have almost more or equal to the culture as The Monkeys,” he says.

“Yes, the wider Accenture business has a different culture, but what’s important here is we see our culture being very similar.”

“If were focused on driving experience for clients, net impact across our strategy practice, our consulting practice and tech capabilities. By combining these, we are not only transforming our clients’ business, but our internal culture as well,” he says.