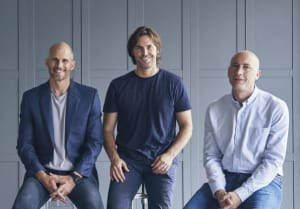 The Monkeys is planning to open a Melbourne office as it eyes off the Asia Pacific region. The plans follow today's big news that the agency has been bought by global consultancy Accenture.

Speaking with AdNews on the details of the Accenture acquisition, The Monkeys co-founder Mark Green says the Melbourne office is likely to open in the next six months.

“The growth piece is partly why we decided to partner with Accenture,” Green says.

“We’ve been thinking of opening new offices for some time and expanding the brand to take The Monkeys to the next level. The deal is a recognition that the industry is changing but it’s also about our growth ambition.”

The Monkeys and its design agency Maud, which was also purchased by Accenture, are currently seeking staff for the Melbourne offices.

“We have a vision to take this brand holistically across Asia Pacific. It’s important that we retain the brand and the culture of the agencies,” Accenture Interactive APAC MD Patricio De Matteis says.

The Monkeys has been eyeing a Melbourne offering for some time, explains chief creative officer and co-founder Justin Drape, although the founders have previously expressed a belief the agency could service Melbourne from Sydney.

“The expansion around APAC has been on the cards for some time and now the Accenture deal gives us the absolute scale to do it successfully with the right people and the right culture,” Drape says.

The Accenture acquisition sees the global consultancy take 100% ownership of The Monkeys, but with co-founders Green, Drape and Scott Nowell retaining their current roles, as well as take on additional Accenture Interactive leadership positions.

“The most pressing point is that The Monkeys and Maud are not in Melbourne yet. We have the demand to open there so that will be our first move,” Buckley says.

Read more about the acquisition here.