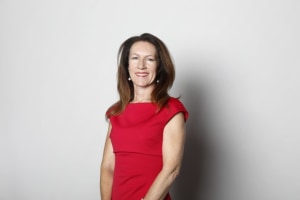 Dentsu Aegis Network's chief financial officer Anthea Kane has stepped down from her role with the holding group, AdNews can reveal.

Kane had been with the business for less than six months, taking on the CFO role at the end of January this year.

AdNews understands that it was her decision to exit the business and is not connected to the recent round of executive redundancies within the holding group.

AdNews revealed earlier today that Amplifi's Adrian Roeling, iProspect's Nick Seckhold and head of comms for DAN, Andrew Hewett had all been made redundant as of this week.

Kane joined DAN from ANZ Banking Group where she had held multiple roles during her 17 years with the bank, most recently as the CFO global technology, services and operations.

DAN stated at the time that Kane would act in a strategic partner position with the recently appointed and incoming CEO, Henry Tajer, who joined the business shortly after.

It has been reported that DAN will continue to undergo further restructuring following blows to its media agency operations in the last 12 months.

DAN would not comment further on Kane's departure or any wider restructuring.