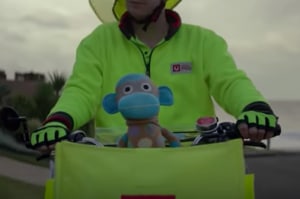 Australia Post is set to review its agency arrangements less than a year after reappointing Dentsu X as its media agency of record, AdNews understands.

The account, which according to Nielsen is worth roughly $5 million annually, has been held by the agency since 2014.

Sources close to AdNews say the pitch is in it early stages, with a handful of agencies involved. They added that the media spend is in fact in excess of $5m and may climb as Australia Post looks to boost its reach in market.

According to sources, Australia Post has undergone recent internal changes, with the intention of positioning itself as a retail aligned brand.

In 2017, The Monkeys were appointed to the organisation's creative panel, launching their first work for the brand in July last year, 'Everyone Matters'.

The news continues the run of brands and businesses that are rethinking their relationships with Dentsu Aegis Network-owned media agencies, with the likes of Dentsu X, Carat and Vizeum losing sizeable amounts of business in the last six months.

Yesterday AdNews revealed that the holding group had made three members of its executive leadership team redundant, as the business continues its restructure under new CEO Henry Tajer.

Unrelated to the decisions, DAN's recently appointed CFO Anthea Kane was also revealed to have exited the business, resigning her role after just four months.