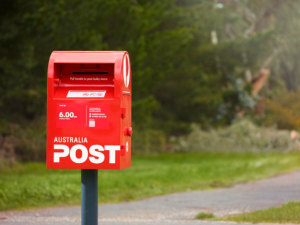 Dentsu X has retained the Australia Post media account, extending the scope of work it does with the business to now include all strategy, planning, trading and investment, performance, and social media.

Dentsu X has held the account since 2014, when it was Mitchell & Partners, originally winning it from UM.

At the time of the win in 2014 AdNews reported Australia Post's main media spend as being $8 million.

The account is led out of Melbourne by Michelle O’Brien, head of client solutions, who was recently promoted to the role following the hire of national managing director of Dentsu X, Angela Tangas, earlier this year. Sam Cousins has also been promoted to head of strategy and planning.

“The evolution of our partnership with Australia Post is testament to the strength of our client relationship, capability of the team, application of creative commercial thinking, and exceptional value that we have and will continue to provide to this great partnership," Tangas says.

“During such a transformative time for the business, I’m proud to recognise the ongoing achievements and commitment of both Michelle and Sam by promoting them into these two new leadership roles."

Under the new leadership of Tangas, the structure of the agency has undergone a review to shift the businesses proposition to offer further cross-channel specialisation.

Australia Post GM marketing and community Andrea Pearman says the business is pleased to be continuing its long-standing partnership with the team.

“Dentsu X has continued to impress us with its flexible approach, high-performing team, and commitment to understanding our business and our customers across all our segments," Pearman says.

Sheffield resigned from News Corp in February after six years at the company and made "significant achievements", News Corp Australasia executive chair Michael Miller said at the time.

In May this year Australian startup courier service Sendle launched its first ad campaign in its three-year journey to challenge Australia Post as the main delivery option for small- to medium-sized businesses (SMBs). See the full story here.