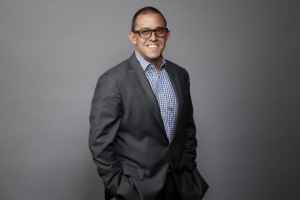 Tajer recently returned to Australia to head up Amazon Media Services, as the company's local managing director. Tajer will now take over the the top role at Denstu from long-serving executive Simon Ryan, who most recently joined Carsales.

Tajer assumes the new role from 18 February and will be based at Dentsu Aegis Network’s Sydney office.

“I'm really excited to join Dentsu Aegis Network and team. The opportunity to be part of a diverse, progressive and agile organisation like DAN was one I couldn't resist," Tajer said.

“I can't wait to get to know the team and work with our clients to enjoy shared success moving forward. The Australian advertising market is one of the most exciting in the world. I feel very lucky to be a part of it.”

Before moving to the US Tajer was previously CEO of the Australian Mediabrands business and built the local operation into one of Mediabrands' most successful divisions.

Tajer now steps into the top Dentsu role at a time when the business is looking to redirect its focus into driving further growth within its key agencies, including Carat, Dentsu X and Vizeum.

Over the past 12 months, each agency underwent major leadership shake-ups, most recently, the departure of Angela Tangas from the national managing director role within Dentsu X, as well as difficult local and global account loses.

Tangas has since gone on to take a larger role within the network, with Carat's Sam Hegg taking over the MD position. Carat itself also saw changes at the top, with long-time executive Paul Brooks exiting the agency. Simon Williams has since been tasked with leading the agency.

Prior to his departure, Ryan spoke to AdNews, touting that while the network had had a strong 2018 due to the development of its "diversified services", which include sports and entertainment marketing agency MKTG, its core media agencies had struggled.

Tajer's experience and track record of growing agency turnover and client satisfaction, both locally and internationally could be one of the driving factors behind his appointment.

“I am delighted to bring Henry into the group. We have a large and diverse business across Australia and New Zealand which requires the high calibre leadership that Henry will provide," DAN APAC CEO Nick Waters said.

“An exceptional operator, Henry’s appointment will reinforce our leadership position as we enable our clients and staff to navigate the complexities of a rapidly changing market.”