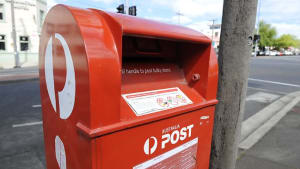 Australia Post is undertaking a closed pitch with several creative agencies as part of a wider review of its marketing processes, AdNews can reveal.

AdNews understands the review does not impact the current creative agency roster, instead Australia Post is looking for an additional creative agency.

AdNews understands The Monkeys is in conversation with Australia Post and is tipped to take a slice of the business as one of the founding clients for its Melbourne venture.

In 2014, Australia Post split its creative account in two as part of a broader brand push to separate the brand identities for the retail and communication services and its courier service, StarTrack.

The two halves of the split business are refered to internally as 'red' and 'blue'.

Clemenger BBDO Melbourne has worked with Australia Post since 2011. It has won a slate of awards for its work with the brand, including several for its “Australia Post Video Stamp” campaign.

GPY&R was appointed to Australia Post's agency roster in 2013.

The move follows a wider shake up at Australia Post. CEO Ahmed Fahour resigned earlier this year after his $5.6 million salary was revealed after a long battle with the Senate committee. Fahour had been CEO for seven years.
Fahour’s replacement is yet to be named.