Fizzy drink fans in the US and Canada have been treated to the next evolution of Diet Coke as The Coca-Cola Company shakes up its can designs and flavours.

Created in 1982 and famed for its 'Diet Coke Break' ad, some may argue why mess with a good thing? However, the drinks giant, which is increasingly under fire over the amount of sugar in its drinks, has hatched a new plan to reel in more punters with skinny cans and fruity flavours.

While the original Diet Coke isn’t changing, “a bold new look, a fresh attitude” and four new flavours have arrived.

“Because every good icon knows that evolution is everything,” Diet Coke said in a statement.

“Throughout this relaunch journey, we wanted to be bold, think differently and be innovative in our approach. And most importantly, we wanted to stay true to the essence of Diet Coke while recasting the brand for a new generation,” Acevedo says. 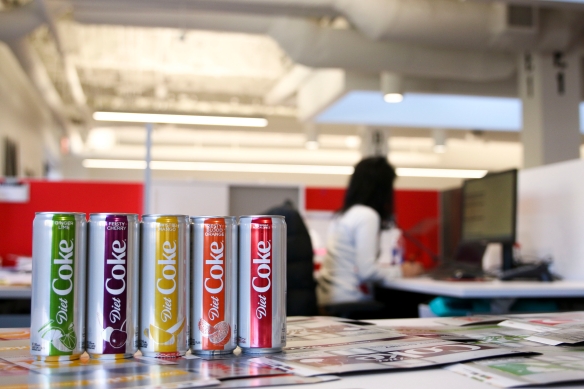 “Trust us when we say, you haven’t tasted anything like this before,” the company says.

In this case we'll have to trust them as it doesn't sound like Australia will be privy to the new products.

The new range is only available in the US and while Coca-Cola 'never says never', AdNews understands there are no plans to bring the new look and flavours Down Under.

“We bring many of these to Australia so people should always keep an eye out. We don’t have plans to bring the new Diet Coke range to Australia just now but there are plenty of other innovations in the pipeline, so stay tuned.”

Has Coca-Cola back-flipped on its 'one brand' strategy?

Nearly a year ago Coca-Cola revealed a new 'one brand' marketing approach to counteract the brand's diluted presence on shelf.

Speaking to AdNews at the time, Coca-Cola's VP of global design James Sommerville said the brand was being diluted in store and on shelf with the different designs across Coke Zero, Coke Life and Diet Coke.

“With a consistent look that brings the Coke red colour across all products, the cans and the aisle become like a billboard with all the same impact,” Sommerville said.

The new US Diet Coke packaging shift seems to contradict its previous message. 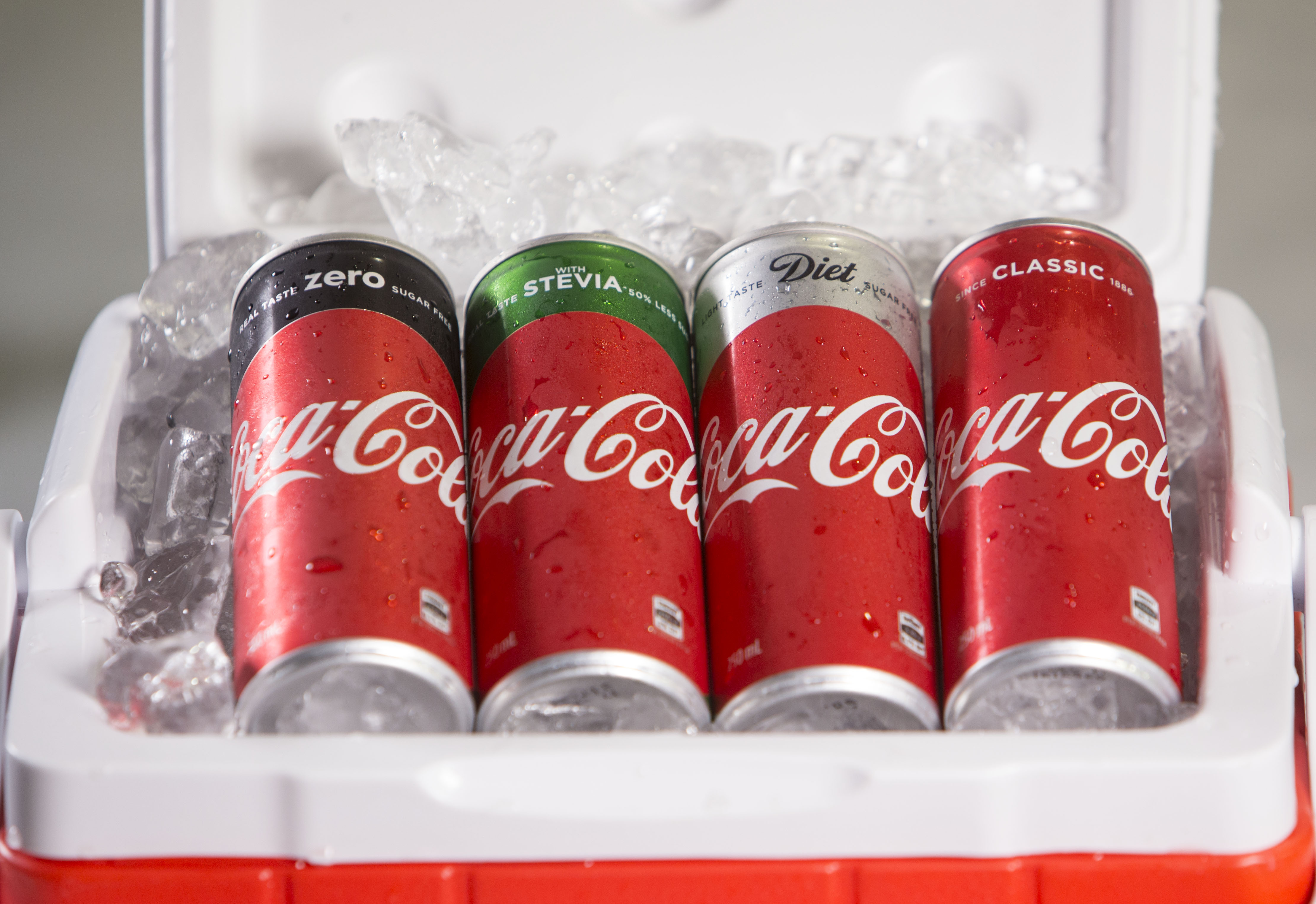 One brand strategy rolled out in Australia in February 2017

Sommerville now says the design team have an opportunity to rethink such an iconic brand with the scale and reach of Diet Coke.

“To build on its heritage and create a visual language that will help write its next chapter – is a rare brief,” he says.

“This visual evolution elevates the brand to a more contemporary space, while still using at its foundation the recognisable core brand visual assets.”

The company says after speaking to 10,000 people and spending years exploring combinations such as tropical, citrus and botanical notes, “it found magic” with the new Ginger Lime, Feisty Cherry, Zesty Blood Orange and Twisted Mango flavours.

Coca-Cola has launched many successful marketings strategies in the past such as Share a Coke and its #colouryoursummer campaign, which was created out of Australia with media agency UM – which still holds the account.

The #colouryoursummer, supported by an unconfirmed spend of roughly $10m in the region, saw Coke throw off the shackles of convention and embrace social in a bid to reconnect with the teen audience it knew it was beginning to lose.

It paid dividends for the soft drinks giant, resulting in a 27% sales uplift above the national forecast. 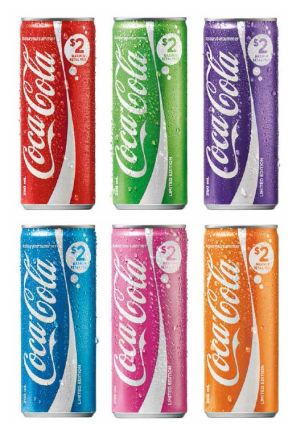 It's not easy being Coke

Following its multimillion-dollar marketing campaign to launch Coke Life into Australia in 2015, in April last year Coca-Cola quietly withdrew the brand from shelves and replaced it with a different name and recipe.

The following June Coca-Cola also axed the Coke Zero brand, replacing it with a 'no-sugar' variant that Coke says tastes even more like original Coke.

In November, a petition launched to ban the Coca-Cola truck from touring Australia before its planned conclusion at Sydney’s Carols in the Domain. The petition came from lobby group Parents’ Voice, an online network of parents that have taken a firm stance against the marketing of unhealthy products to children.

Its 'Epic Summer' campaign sees the brand launch a new TV commercial, a wearable label and overhaul of the iconic Kings Cross billboard is planned.