Coca-Cola says its 'one brand' marketing approach turns its packaging into a 'billboard' that packs a punch and counteracts the brand's diluted presence on shelf.

Coke is rolling out its new 'one brand' packaging design across all its cans and bottles in Australia this month almost a year to the day after announcing the biggest marketing overhaul in its history.

Speaking at an event in Sydney today, Coca-Cola's James Sommerville, vice president of global design and the architect of the design, says the brand was being diluted in store and on shelf with the different designs across Coke Zero, Coke Life and Diet Coke.

The change to cans and bottles means the Coca-Cola original, Diet Coke, Coke Zero and Coke Life variants will all adopt the 'red disk' branding assets across every element of packaging.

It's the first time it has taken this approach, as in the past each has had a distinct colour. Coke Life launched in green cans, Coke Zero had black cans and Diet Coke has long been silver.

The packaging has been rolling out globally since April last year when it first arrived in Mexico after significant testing phase.

Sommerville, says it is based on something CEO and chair Muhtar Kent said about imagining what the shopper aisle would look like in 2015 if it continued to use distinct colour and packaging for each of its variants.

With a consistent look that brings the Coke red colour across all products, the cans and the aisle become like a billboard with all the same impact.

TV ads and packaging were high priorities in the brand's overhaul, says Sommerville, as they are “Tangible proof points of a new identity or campaign”, but it had to work in many other touchpoints as well – often more cluttered store environments.

“We've given a glimpse of the colossal scale of the touchpoints we have to adapt it for. When you open that can of worms, that's where the shopper level has to work. It can look great on a billboard but if you can't find it in-store, if it's not presenting itself in a cluttered environment, the journey for the consumer is let down at the end because it's not delivering on the promise. Packaging can have the scale and presence of an advertising billboard,” he tells AdNews.

The cans have been rolling out globally, and the overarching design allowed for different markets to adopt a phased or gradual approach with cans taking more red, or less red in the designs at first, and then increasingly evolving the pack design as it becomes more familiar. The idea was so that it took a “didactic” approach to educate and familiarise consumers rather than jumping straight into a radical new look if the market wasn't ready for it. 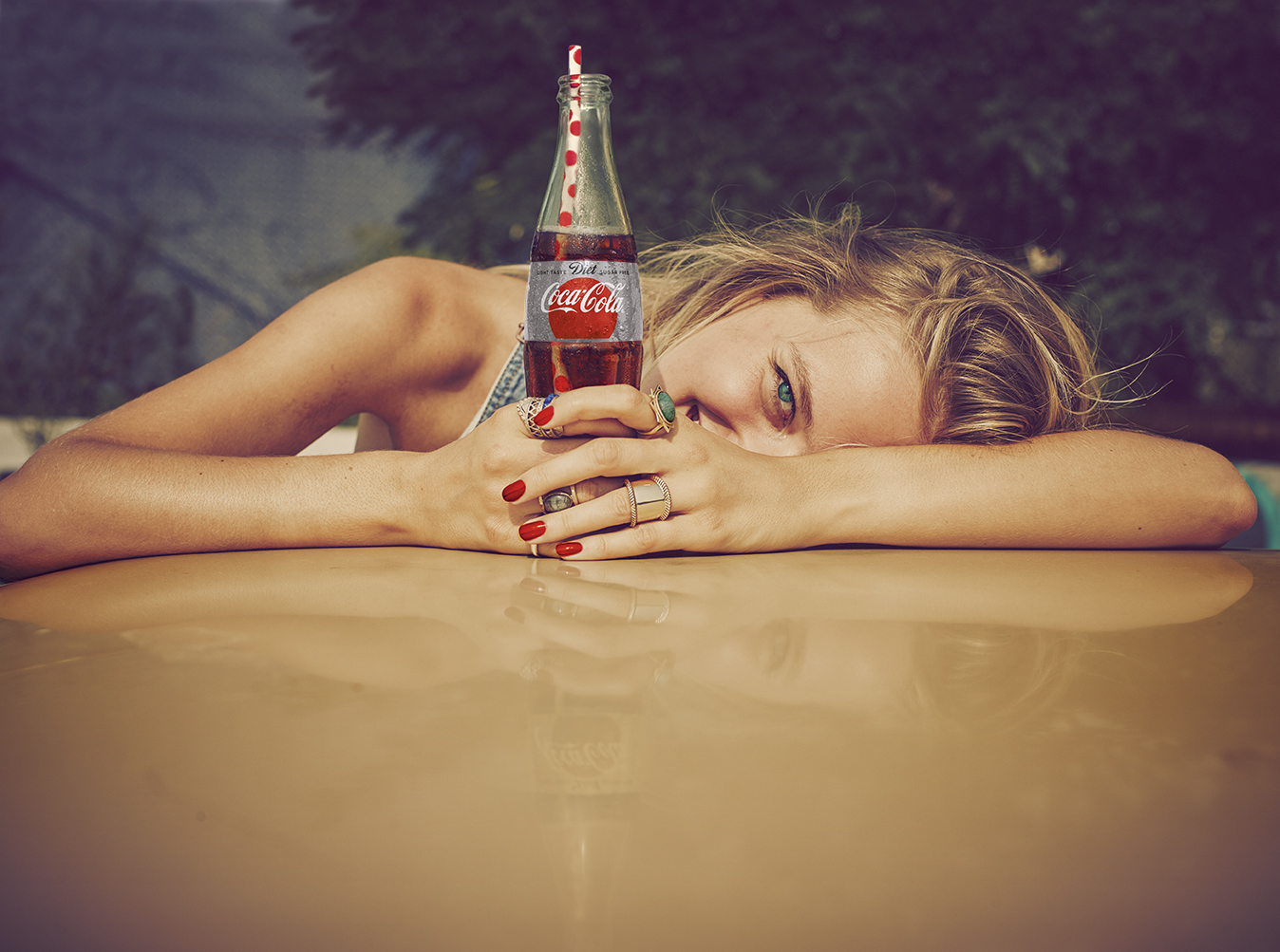 “When we landed on the rising disk there were different scales of it that allowed for more black or silver in case marketers were nervous about the change. So we had increments of the disk rising all the way to a full red – it was interesting to see that some markets thought they'd take it step by step then in five years get to full red. But that pace has dramatically stepped up. People have seen a positive response from consumers and are wanting to leap frog to the destination rather than phasing it for three years,” he says.

“We're seeing the uptake being very positive, it's surprising to marketers – the idea of having all the Coca-Colas on a red can was in many ways the biggest change. Will the consumer buy a Zero or a Diet or a Life in red can – and we've seen super positive results that the consumer accepts that.”

Lisa Winn, marketing director for Coca-Cola South Pacific, says: “James talks about didactic communications plan that makes sure people understand the change, can navigate, and become familiar with the new visual identity very quickly. There's heavy focus on shopper communications, but we also have our Taste the Feeling campaign too.”

Coke will be ramping up brand communication and up-weighting media spend on its Taste the Feeling campaign across all channels in parallel with the new packaging, with new ad executions to come as well.