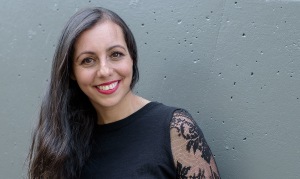 From attacking Coca-Cola to shaming the plastic bottle industry and leveraging Game of Thrones; SodaStream's marketing tactics have hijacked the headlines in the last 18 months.

SodaStream Australia marketing director Laura Wilson tells AdNews that the brand thrives off the “David and Goliath style battle” it has had with Coca-Cola and it won’t be backing down over any threats of lawsuits.

SodaStream's 2016 Game of Thrones inspired Shame or Glory campaign generated 50 million online views and over 100,000 shares on social media in 2016.

The ad recreated the infamous shaming scene in Game of Thrones where Cersei had to walk naked through the town, introducing a man who is shamed for buying bottled water. It gained so much traction the International Bottled Water Association (IBWA), which represents Nestle and Fiji Water, issued a cease and desist letter, claiming the campaign was false and misleading. SodaStream rejected the gag order.

The video, which was done internally, was the latest in a long series of attacks on competitors such as Coca-Cola and the bottled water industry, as part of its aggressive strategy to highlight the damaging effects of plastic bottle pollution.

“We are committed to getting our message out and we aren’t backing down because we feel like we are doing the right thing. Coca-Cola might have more money than us but we have more morals,” she says.

Melbourne-based Wilson says a separate campaign released in Australia was able to build on the success of the US campaign, which starred Hodor from Game of Thrones.

The video generated more than 40 million global views, with Australia ranked among the top three markets for ad recall, purchase intent lift and a lift in favourability.

“We didn’t have the objective to ‘go viral’ from the beginning. That objective doesn’t work,” Wilson says.

“Our global presence has activated the brand locally and we knew that humour campaigns do really well in Australia and Game of Thrones has a huge following. All those factors made our content really resonate with Australian audiences.”

Wilson says adding a playful tone to a social and environment issue has helped the brand achieve cut through and not “bore” customers which strong corporate messaging.

"We have a really strong vision and that is to give consumers bubbly water in a modern, moral, sustainable way, and we’ve never wavered from that. We have taken different marketing approaches in the past, but our core has been consistent, which has led to the growth of our brand over the last six years,” she says, adding the brand has taken more serious approaches in the past and they weren’t successful.

SodaStream has grown 30% year-on-year over the past five years is a rare feat in the beverage category, particularly with soft drinks struggling to appeal to health-conscious millenials.

Wilson, who joined SodaStream five years ago, says the brand is in a “very different place” to when she first started.

While the last ad was produced in-house, SodaStream has recently brought on Melbourne agency JWT on a project-by-project basis for video content. It currently works with Mindshare as its media agency.

“Our partnership has been tracking along beautifully. We might move forward the nature of our partnership but right now we are working with JWT on one particular body of work,” Wilson says.