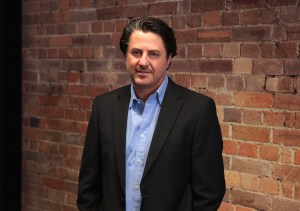 After more than 15 years at Havas, Anthony Gregorio’s departure came as a shock to the industry, but one that was welcomed by other holding groups who had their eye on the top CEO.

He spent the next six months meeting with some of Australia’s biggest holding groups and was tipped to take on the McCann CEO gig before ultimately taking the top job at Saatchi & Saatchi in March.

“It’s great to come to an agency that wasn’t broken because quite a few of the other conversations I was having in market was about fixing places. While there’s things I want to address at Saatchi and I want to put my own stamp on the agency, there’s certainly nothing broken about it and that was appealing,” he says.

“It’s a bit daunting because it’s a high bar, whereas I could have taken other jobs where the bar was considerably lower. Here it’s more challenging to make yourself look good.”

Gregorio’s decision to leave Havas came as chairman Anthony Freedman announced plans to merge with Host. While there’s no bad blood between Gregorio and Freedman, the merger wasn’t something Gregorio could see himself involved in.

“The group had some changes and I’d had a very cordial relationship and conversation with Anthony. He wanted to do things that weren’t necessarily things I wanted to be part of and that’s fine. It gave me an opportunity to leave with my head held high and take on board a new opportunity,” he says.

“Moving to Saatchis has given me a new lease on life which is really important. When you’re running an agency, it’s important not to be jaded. It’s a people-driven business so if the leadership aren’t driving a good energy, then it’s not going to come from anywhere else.”

During his time at Havas, the agency moved towards a more integrated model it called Havas Village, merging its creative, PR and media teams to create a one-stop shop for clients. The strategy is one WPP and Publicis are now emulating in the form of horizontality or as Publicis calls it, the Power of One.

It was Gregorio’s background in working across these disciplines that made him an attractive candidate for Saatchis as Publicis increasingly shifts towards its Power of One structure.

“Everyone has their own version of a centralised structure, whether that’s a Village or horizontality. Everyone knows that’s what clients want but not many organisations are willing to cut through the issues that exist within to build something that’s genuinely beneficial to clients,” he says.

“I won’t name names because that’s unfair, but everyone knows where I came from and we were doing something that was cutting edge. That certainly helped with my conversations with joining Saatchis, but my experience has been, that saying 'it’s happening', and 'making it happen', is hard.”

Having had his feet under the desk for five months, Gregorio believes Publicis is the most progressive holding group.

“Publicis is well ahead of the game compared to the competition,” he says, specifically referencing the group’s consulting arm Sapient.

“I spoke to a number of holding companies before taking this role and really got under the hood of some of them, and I can see Publicis is certainly ahead of the game.”

While Publicis Groupe global CEO  Arthur Sadoun has copped some backlash for his bold moves in the last six months, banning award entries to focus on artificial intelligence platform Marcel, Gregorio describes him as a visionary and is confident he is shaping out a strong future.

CMO challenges and the consultancy question

“The reality is everything’s converging so it’s much more complex. Technology is driving a lot of disruption within business. I feel sorry for CMOs; they’re probably in the toughest position in any organisation,” he says.

In his experience, the pressures put on CMOs is driving a short-termism in the industry as their focus rarely moves beyond the next six months.

“Most clients are just looking at the quarterly cycle to get though a year because you have four periods every year to prove yourself,” he says.

“The focus on that cycle inherently drives a lot of short term realities.”

But for Saatchi & Saatchi, that’s not a negative thing, as Gregorio believes that’s the type of work agencies are geared for.

“You should be building your brand for the long term because consistency is crucial but that doesn’t mean you should also be driving and spiking some sort of short term effect.”

Likewise, agencies are in a “state of flux” as they battle with their own digital transformation, he says.

“Agencies who are still wedded to the old way of doing things don’t have much of a future but modern agencies that understand that communications is part of a broader ecosystem, which includes the experience they have online and offline, can survive,” he says.

“It’s generally a struggle across the board. I’m sure consultants make a lot of money but at the end of the day, it’s a tough environment and it’s been unstable for a while. The politicians will try and talk up how good it is, but the reality is it’s still an uncertain future, so everyone is being conservative.

“If clients are being conservative, that means they aren’t spending money so agencies have to do more for less or find other ways to make money. Everyone is left scrambling for the same piece of the pie and the pie is slightly smaller.

As for the threat of consultancies, Gregorio says he’s yet to see the “rubber hit the road”.

He’s keen to make his stamp, starting with overhauling Rebelo’s former office and creating a more open plan structure within the agency’s building, which overlooks the Opera House and Harbour Bridge.

As one of the oldest advertising agencies in the world, Saatchis has typically been associated with traditional work; an assumption other legacy agencies like Ogilvy and JWT have also been working to overcome.

Gregorio admits some of the work has been done in shaking of these perceptions around Saatchi & Saatchi with bold work like Landcruiser Emergency Network for Toyota and the Westpac Rescue Rashies campaign, but it still remains a focus in his CEO position.

“The great myth is that Saatchis is still a big traditional agency - but  it’s not and hasn’t been for a while,” he says.

“Pat of my job is to get a wider understanding of that because there’s still a huge amount of client prospects that probably don’t put us on pitch lists because we’re associated with big brand ads. But while we still do amazing brand work, on clients like Toyota and St George, we also do amazing innovation work,” he said, referring to the aforementioned campaigns.

He argues that most of the legacy agency brands in Australia, listing TBWA, Y&R, JWT and DDB, that none of these have done the quality of work Saatchis has produced in the past.

Getting on more pitch lists is one of Gregorio’s objectives, as well as building the Melbourne offering, splitting his time between Sydney and Melbourne as part of his national role.

As for his other plans for the agency, he said he’ll let the work do the talking, hinting at projects that are currently in the pipeline for new clients Football Federation Australia and ridesharing service, Didi.

He also says Saatchis will be “back with a bang” in all the local and global award shows next year as the ban is lifted – something that’s a focus for all Publicis agencies after their hiatus in 2018.

Historically, Publicis’ Australia agencies, Saatchi & Saatchi, Leo Burnett and Marcel, have been strong contenders at all major award shows across the globe. Their absence was felt this year at the Cannes Lions, with Australian wins significantly down on last year, also impacted by the award cap introduced.

“The next step is about evolution. Mike’s done a great job but his way of running things is slightly different to mine, so we’ll do things differently,” he says.

“You can talk all you like but it’s the work that will demonstrate whether you’ve delivered on your vision or not. We want to be doing work that’s progressive and modern and brand building in the connected world.”

"A world first and the first time we developed a product to solve a marketing problem. Fundawear was his and her underwear that allowed partners to ‘touch’ each other over the internet regardless of where in the world they are. Also led to one of my most bizarre advertising moments in Cannes where global C-suite staff from the agency and client were demonstrating the product in a client presentation."

Save Our Sons “Most Powerful Arm”

"A powerful use of technology and storytelling to help tackle Duchenne Muscular Dystrophy. It was a labour of love and did a wonderful job of raising profile for the disease and the charity. Amongst the many awards won for this including Cannes Lions, it picked up the first ever D&AD Black Pencil ever awarded to an Australian Agency. For me (and many in the business) the Black Pencil is the best of the best and the pinnacle of recognition of global advertising awards. To win one was a dream."

Using technology to change the perceptions of what a role in the ADF is actually like. Amazing results and now rolled out nationally.

"Took over 18 months to make and launched as I left Havas, its impact and recognition has been extraordinary. A second D&AD Black Pencil – the first and only Agency in Australia to win two. And an incredible 7 Lions at Cannes including the Titanium Grand Prix, as well as getting Grand Prix nods in the Sustainable Development Goals and Direct categories."