A look through history: Ogilvy hits half a century 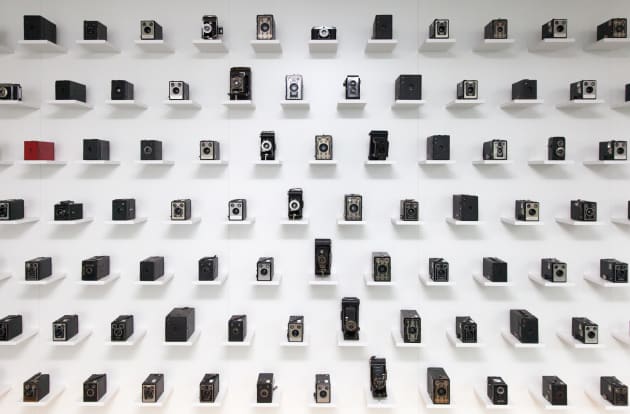 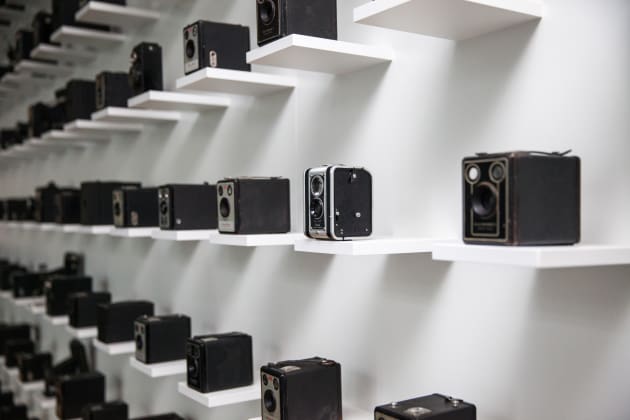 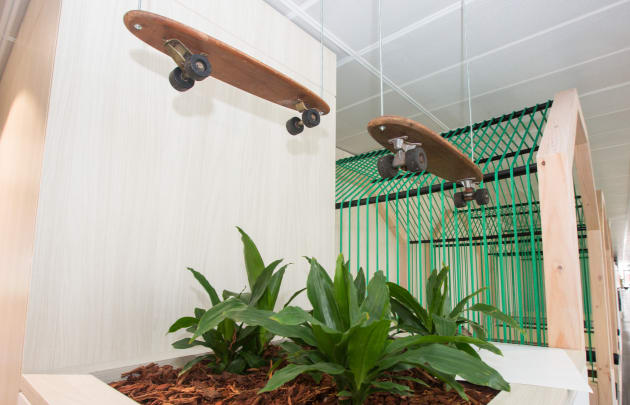 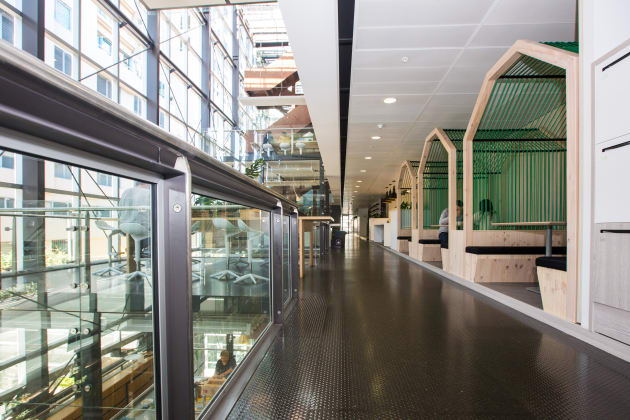 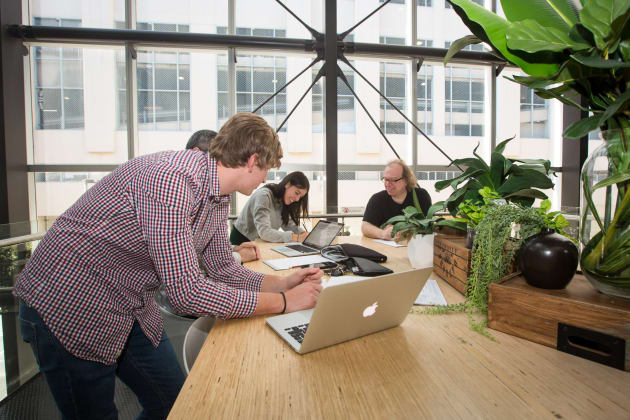 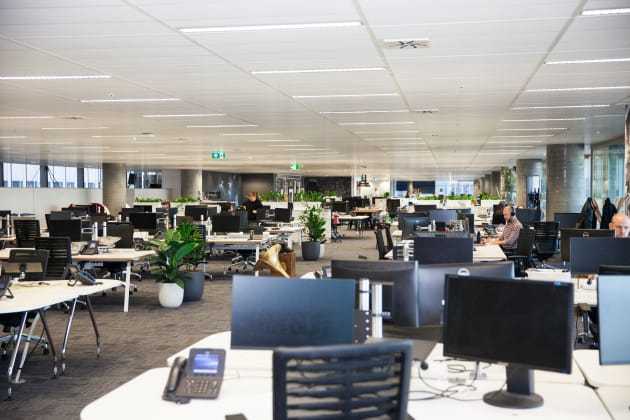 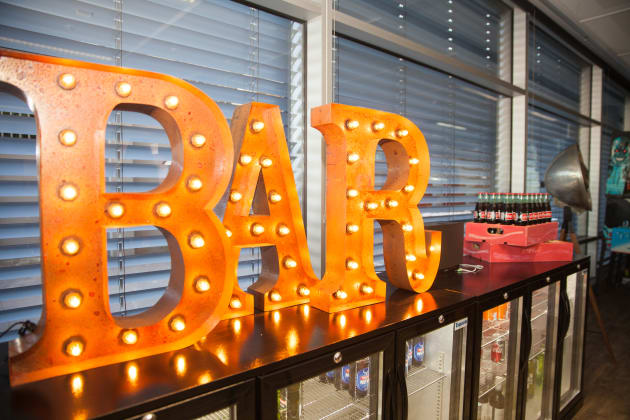 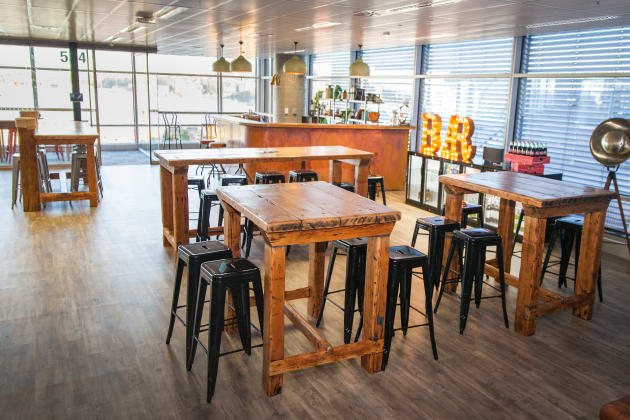 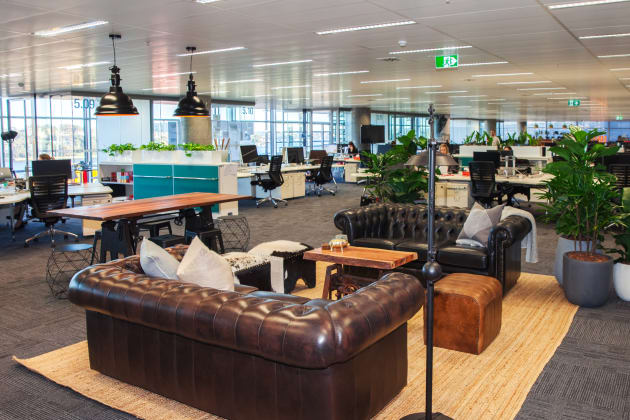 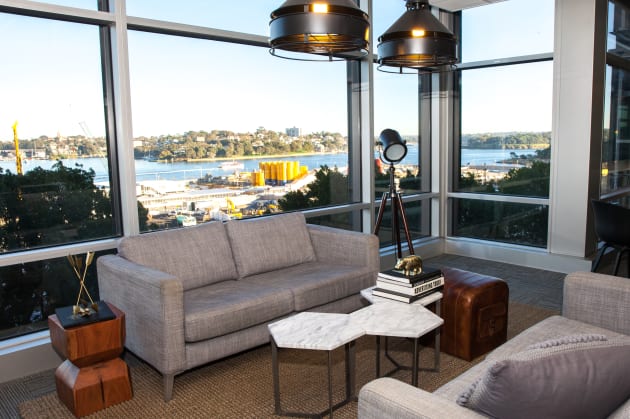 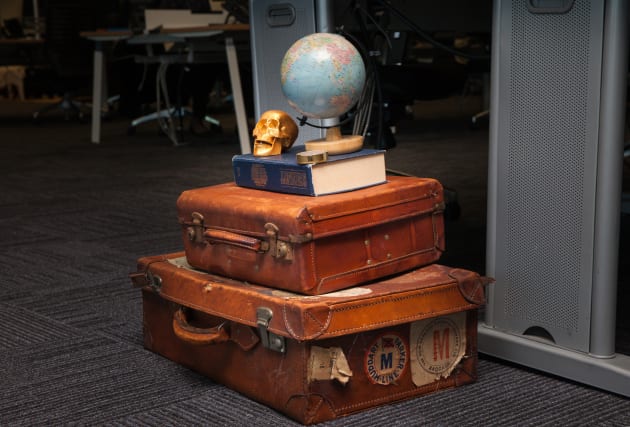 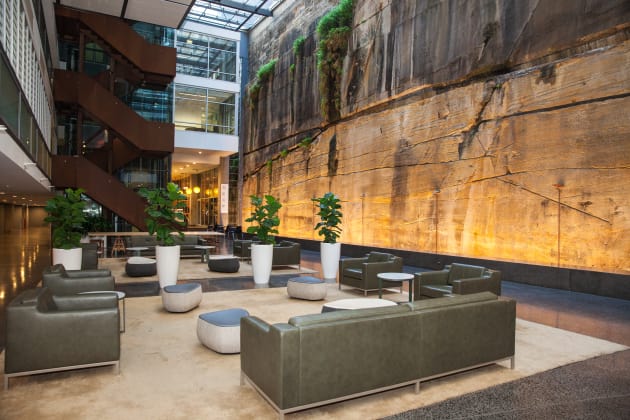 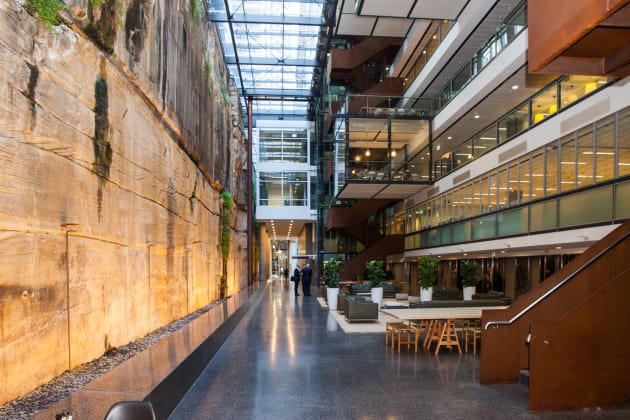 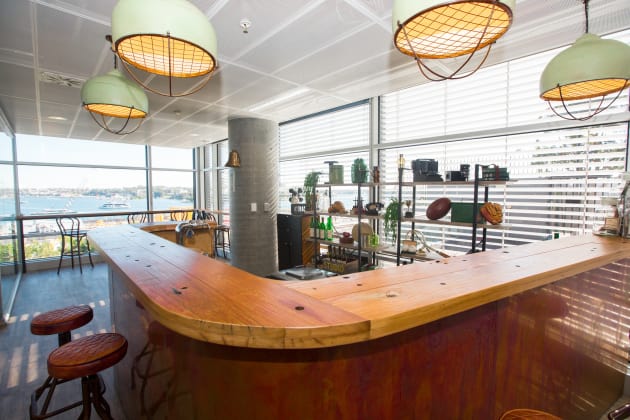 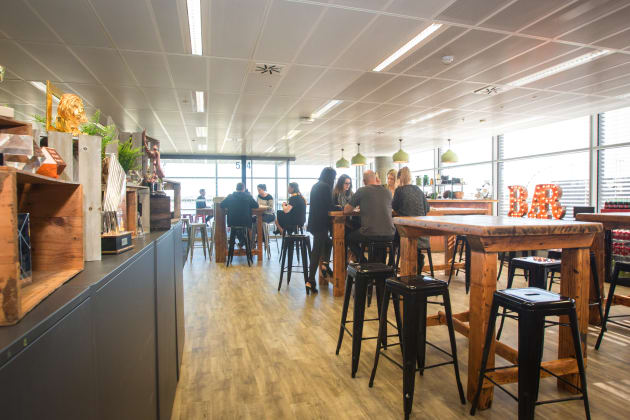 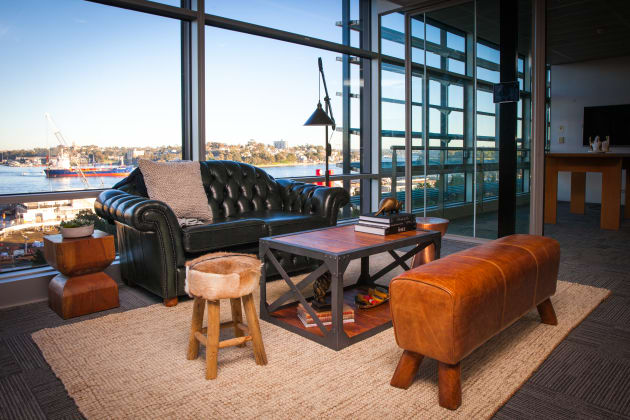 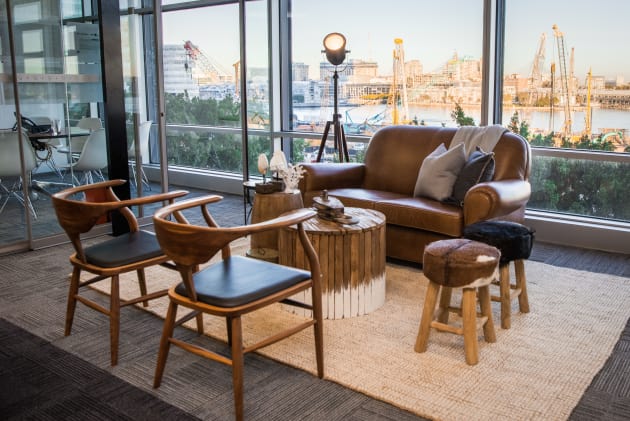 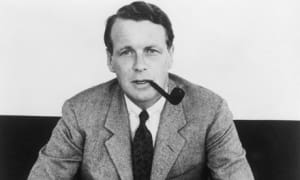 Ogilvy first opened its doors in Australia in 1967 with no clients and very little money. Founded by Michael Ball and David Ogilvy here and originally called Ogilvy & Mather, the agency was only open for a few months before it landed the American Express account – a client it still retains today.

Ogilvy & Mather started as a London agency founded in 1850 by Edmund Mather, which in 1964 became known as Ogilvy & Mather after merging with Ogilvy's New York agency in 1948.

Now, Ogilvy Australia is on the brink of celebrating its 50th birthday with a 430 staff, three offices across Sydney, Melbourne and Brisbane, four different business units under the Ogilvy umbrella and a client list that many agencies would be envious of. Not to mention a spate of awards from across its half a century of operation.

The agency has undergone a lot of changes in its 50 years, including a series of name changes and two mammoth mergers: the first with John Singleton Advertising in 1997 to become Singleton Ogilvy & Mather and the second at a holding group level with WPP and Ogilvy’s holding company, STW, last year. 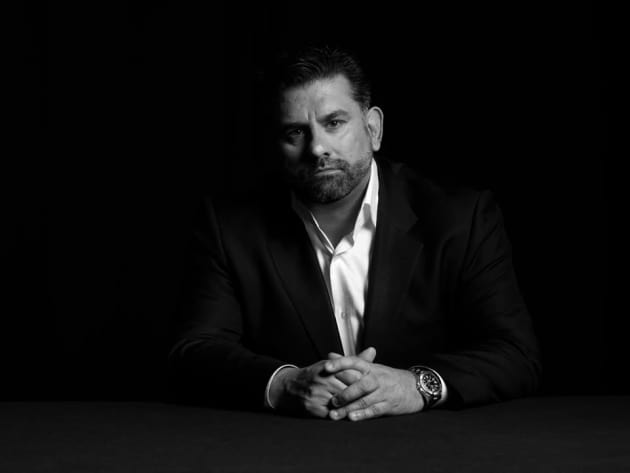 But if you ask current CEO David Fox, the biggest changes have happened at the agency in the last five years.

“The legacy and history that comes before my tenure at Ogilvy means the [CEO] job comes with certain responsibility. The opportunity, while it’s important to retain Ogilvy’s heritage and what it stands for, is to reinvent the agency. My job has been to build the business for the next 10-15 years. We have big clients in our portfolio that we’ve had for a long time so I don’t take that lightly,” Fox says.

Fox, best known in the industry as ‘Foxy’, has spent almost his entire career at Ogilvy, dating back to his first gig as an account director at then Singleton, Ogilvy & Mather in 1999.

Working his way up the Ogilvy ladder, he has held roles in both Australia and the UK, returning to Sydney three years ago to take on the CEO role, replacing Andrew Baxter. 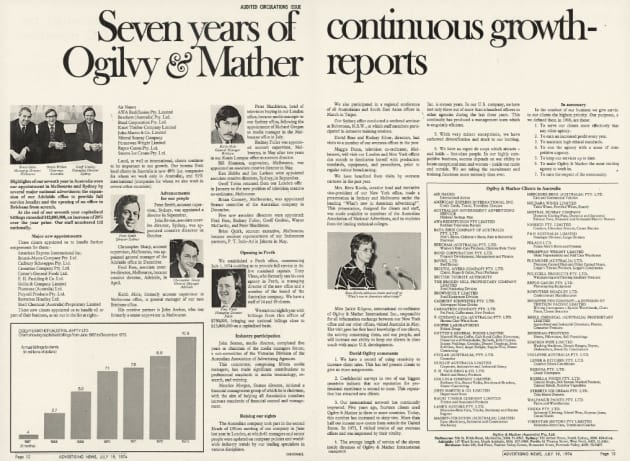 A story about Ogilvy & Mather's growth from the AdNews archives

While Fox is proud of the agency’s history and celebrates its legacy strength, he has looked at ways for the business to improve and not be left behind by the speed of newer agencies.

He admits the way the business was originally structured and its perception in the Australian market has held Ogilvy back in recent years. Overseas it is a juggernaut.

"Jokingly we used to call the agency ‘Slowgilvy’. Our perception as a big, slow, global, corporate ad agency that doesn’t get out of bed for under $200,000 is a challenge for us. But it’s rubbish,” Fox says.

In a bid to make the agency more nimble, Ogilvy axed its 14 different P&L’s within the business in 2015 and put an end to outsourcing – a move that has also been replicated by Clemenger, Publicis, Dentsu and Havas.

"We radically changed our model from being splintered, irrelevant and slow to a new fit for purpose one P&L model with fully integrated practice areas delivering good work for big clients at speed,” Fox says.

“We are far from perfect of course and there is always room for improvement however we have started the journey at pace. As a result we had very strong growth nationally in 2016 which is the first time in a long time. So it is possible to change and we are working hard to make ourselves matter to clients in a modern way."

Fox says it’s easy for legacy agencies to be left behind due to their size and their inability to move at speed and for newer agencies, which are built for specific purposes to thrive.

“These ‘built for purpose’ agencies will, however, need to evolve again in the mid-term as clients look for one stop solutions versus a roster of many agencies which is getting too expensive and too difficult to navigate in a splintered media world,” Fox says.

“The question for me is not who will win, the question is who will survive and I think there are some shocks coming if some legacy agencies and their leaders don’t start putting out the burning platform heating up beneath them.” 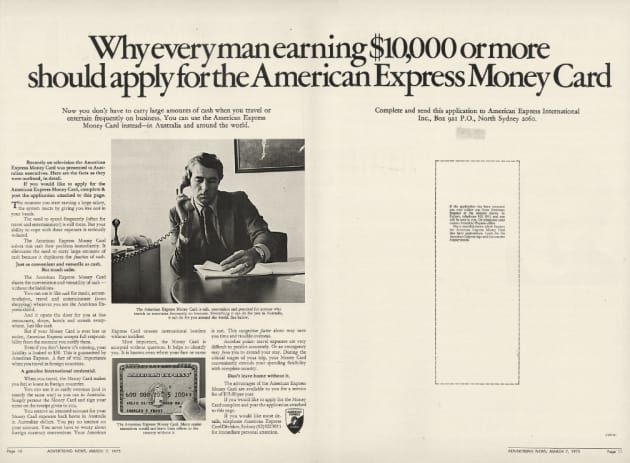 Now the P&L’s have been stamped out, next on the agenda is introducing a marketing automation platform, which Fox describes as “the missing piece” for Ogilvy.

“We need as an agency to understand marketing automation. We are good at some platforms but we need to get better and broader, so we will look at a joint-venture or an acquisition in that space,” he says.

“We are eyeing platforms where we can engage clients and customers at speed through CRM programs. That’s our heartland. The world has moved on and we can no longer get away with not having these marketing platforms in place. We need a better way of managing them to remain relevant to our clients.”

By introducing a marketing automation tool, Fox says Ogilvy is taking a step toward ending the “greatest hypocrisy” in advertising.

“The greatest hypocrisy is we tell our clients they have to be incredibly efficient and have a fluid CX model, but agencies haven’t changed their CX model in 50 years. We’ve gone from telephone to email to text, but that’s about it. We need to make it easier for clients to work with us,” Fox says.

“As a result, this year we are looking to change our CX operating model for how our clients work with us. In the past, we haven’t used technology as an enabler but now we are focusing on how we speed up the bits that doesn’t need labour.”

Fox says a big mistake agencies make is thinking a client’s only job is to manage their agency, when in fact dealing with their agency is only a small part of their role.

To mark the next stage of Ogilvy, the agency has moved from its offices to Millers Point. See all the pictures in the gallery at the end of this story. 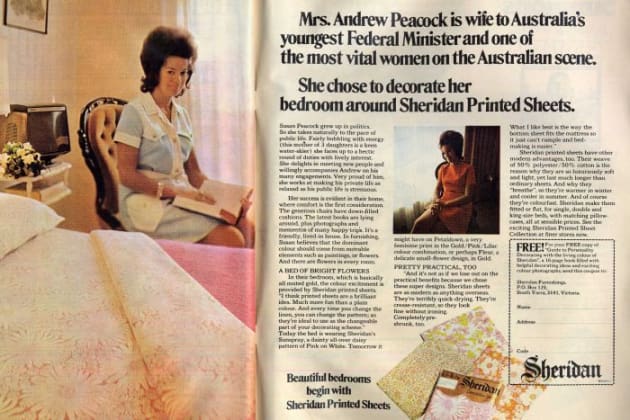 “Creatively we have a long way to go”

For the last four years Ogilvy & Mather has been named the Network of the Year at Cannes Lions. This year it placed second to BBDO Worldwide.

But while Ogilvy Australia’s work has been heavily awarded in the past, Fox admits it hasn’t contributed enough to the network’s winnings as the fifth biggest agency globally.

“Creatively we have a long way to go. We aren’t there yet. We are punching well below our weight in the creative area,” Fox says.

This year's Cannes Lions was the best in Ogilvy Melbourne’s history, scoring an impressive seven gongs for AAMI Smartplates, including one gold, one silver and five bronze.

Prior to this year's Cannes Lions, Fox says Ogilvy Australia has been “under played” at award ceremonies.

Fox has changed his tune after this year's festival of creativity: “We won in categories in which we would have never entered three years ago like creative data and mobile. These are proof points that our new integrated model is really working; one P&L with digital running through our veins and not a department.

“It's the perfect storm for us on an award - a brave client and not a gimmicky idea, fully integrated, real problem-solving and making a difference to culture.”

When AdNews spoke to Ogilvy Melbourne ECD David Ponce de León, he described the work as a “landmark campaign” and the first step towards the agency’s own transformation, signalling a more product-focused output in the future.

“AAMI is a great example of creating ideas that resonate with culture and help solve a problem in some way, shape or form,” Fox says.

“The future of our business is big brands looking at cultural problems and solving them using technology not just advertising.”

Most recently, Ogilvy Melbourne picked up the Cadbury Dairy Milk account from Saatchi & Saatchi. With some momentum and accolades behind Melbourne, and Sydney taking more duties on for Lion last year.

What's next for Ogilvy's evolution?

“I want the world to look at the legacy agencies and understand we are a force to be reckoned with in the future and we have a plan to continue to make our industry one that people want to work in not because we have bean bags, a bar and an Xbox, but because we give meaning to their careers now and in the future. I’m in, who’s with me?” Fox says.