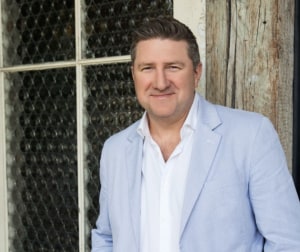 The industry backlash continues for Publicis' artifical intelligence platform Marcel, with TBWA Worldwide president and CEO Troy Ruhanen saying it's the "biggest spin of an intranet ever" and a waste of money.

"Have you ever gone on Workplace by Facebook? It's the same thing. Honestly, Arthur should be fired for spending $23 million on that thing," Ruhanen said.

"Arthur's got nothing to say so he's putting a shiny object out there. That's what he's doing."

Speaking to AdNews at Cannes Lions last week, Ruhanen, who started his career in Australia, also critiqued WPP's model of horizontality and Publicis 'Power of One', which sees the holding groups pluck talent from various agencies and assign them to work together on a single account.

"I'm glad the whole WPP thing has blown up in their face because I don't believe in that strategy at all. I don't believe in the Publicis strategy either. I think it's a good PR spin story right now and I think that's all Arthur's got because the agency brands are shit. I mean, they are."

Having worked as the executive VP of Omnicom Group between 2013-14, Ruhanen knows a thing or two about holding groups. He was previously CEO of Leo Burnett Australia in the early 2000s before moving to BBDO New York as managing director, later becoming chairman and CEO of the Americas. He is tipped to one day succeed Omnicom boss John Wren.

He also knows a bit about Publicis, having witnessed the failed Omnicom/Publicis merger in 2013.

"I understand why Arthur Sadoun is doing what he's doing, but do I think it's going to be successful here? No, I don't, because I don't think people want to work for a Publicis holding company group," he said.

Ruhanen said Omnicom believes and backs its individual brands, from TBWA to OMD and Hearts and Science.

As for Omnicom and Publicis giving its merger a second go, Ruhanen said "never say never".

"It was the right idea, it was just honestly the wrong group of people to do it with. It came down to the individuals, not the companies. There were a lot of good people in that company, but not at the top," he said.

Ruhanen isn't the only one with strong opinions on Marcel. Mark Ritson attacked the platform as "advertising puffery" and a "load of bullshit".

On stage at Cannes Lions, Sadoun defended Marcel against questions from David Droga and Maurice Lévy and addressed the negative publicity around the platform, saying the group needed to take a bold move. Read more here.