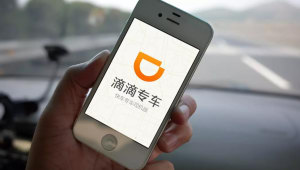 Following a competitive pitch Zenith and Saatchi & Saatchi Melbourne have won the media and creative accounts for Chinese ridesharing company Didi, as it prepares to launch in the Australian market.

Publicis Groupe has leveraged its recently introduced ‘Power of One’ model for Didi, which uses capabilities from within the group to create a 'one-stop shop' for clients.

Didi's launch in Australia has been heralded a threat to Uber's dominance. Globally, Didi is Uber's biggest competitor and has picked Australia as its first Western market in its international expansion.

It is the third international ridesharing company to launch in Australia since December, with European player Taxify and Russian startup Ola already expanding here.

Didi, which last year was valued at US$50 billion, will initially launch in Melbourne on 25 June after having completed a successful soft launch in Geelong early this month.

It's the second win for Publicis this week, with Saatchi & Saatchi and Starcom winning the creative and media for Football Federation of Australia.

"The decision to appoint Zenith and Saatchi was unanimous as we felt that their strategy and ideas best represented our goals in the Australian market. We are looking forward to working with Nickie, (Scriven, Zenith Australia CEO) Megan (Kay, Zenith Melbourne General Manager) and the team as our business expansion here becomes a reality,” a Didi spokesperson says.

Commenting on the win, Zenith Australia CEO Nickie Scriven says the agency loves to work with new-to-market and challenger brands.

"It gives us an opportunity to really partner with clients and prove our purpose of delivering marketing-led growth and dependable ROI," Scriven says.

Having launched Fitbit into Australia in 2014, which grew to take 88% of market share, Scriven is confident the agency can drive Didi's dominance in the rideshare category.

Mark Cochrane, MD of Saatchi & Saatchi Melbourne, says: “We are delighted to be appointed as the creative partner for such a progressive and innovative company as Didi. Together we now look forward to launching the Didi brand in the Australian market.”