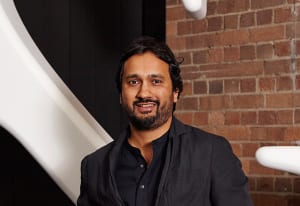 The moves are part of a number of country level restructures under new global CEO Arthur Sadoun and are designed to help facilitate the 'Power of One' global structure introduced in December 2015 - which aims to break down silos between the individual agencies in the Publicis Groupe.

Publicis Communications was created in January 2016 to create a single P&L in each country for all its creative agencies. The new roles are part of bringing this new structure in to play in Australia and New Zealand.

Sadoun was announced as Maurice Levy's successor at the start of the year, but his appointment had been long expected.

On top of a country-wide focus on transformation and facilitating global clients in the region, Sydney-based Rebelo will continue in his role as Saatchi & Saatchi CEO Australia, and will report to global chief operating officer, Loris Nold.

Sadoun says: “Australia and New Zealand are key markets for Publicis Communications; these appointments will allow us to further harness the Power of One to deliver to all of our clients seamless end-to-end solutions that draw on our world-class expertise and resources, no matter where they may be located.

"I know I can count on Mike, Andrew, Melinda and the teams to accelerate on the great momentum they’ve already been building through the recent wins of Tiger Beer global, H&R Block, Caltex, Spirit of Tasmania and Betfair, to name just a few."