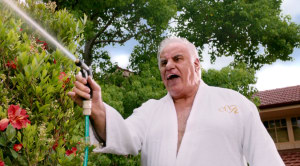 The latest lamb ad has just dropped this morning and this year Meat & Livestock Australia (MLA) has turned the Culture Wars between Australia’s left and right into a Broadway-style musical.

The work is its second campaign that celebrates summer instead of Australia Day, after the brand decided to move away from the national holiday because of what it represents to the Indigenous community.

Speaking to AdNews, MLA CMO Lisa Sharp says the decision to shift its focus away from Australia Day after over a decade of building synonymy with the date surprisingly hasn’t negatively impacted brand sentiment or sales.

In fact, the 2017 push, which was a comedic commentary on the settlement of Australia, has pulled in impressive results for MLA.

“Last year was one of our top three performing campaigns, both in terms of immediate metrics, as well as long term sentiment towards the brand,” Sharp says.

“We have a heartland that absolutely loves lamb but it’s increasingly important for us to appeal to a modern and young Australia, and the work we did last year and this year is intended to do just that.”

Social media is beginning to respond to the ad, with mixed feelings about the political musical.

While some have said they love the ad, others have said it doesn’t quite hit the mark of previous years.

The new lamb ad is officially the best argument for going vegetarian.

“People will always have their preferences for particular content,” Sharp says. “But we work really hard to ensure that each ad is highly enjoyable and delivers our core message.”

The shift away from the celebration of Australia Day has been garnering negative attention in the media, with Triple J receiving equal praise and backlash for moving its Top 100 Countdown from the national holiday.

Just today, Mark Latham has released a campaign to “Save Australia Day”.

No stranger to controversy, with several of its ads landing the brand in hot water in the past, Sharp says MLA doesn’t intend to be controversial, but she does expect some negativity.

“We always look for something that is relevant and topical and there is a risk that despite our best efforts, a group will see something they might find offensive,” she says.

“If you look what has unfolded recently, with Triple J’s decision and today, with Mark Latham’s campaign, [the decision not to reference Australia Day] might be an area that attracts some attention.”

Diversity and multiculturalism was the big focus for MLA in 2017, with three ads making headlines for their diverse casts and inclusion of differing beliefs, including the Lord Ganesha ad which was banned by the ad watchdog.

Sharp says the brand is still focusing on its theme of inclusivity for 2018, but has opted to make commentary on Australia’s political landscape to highlight the themes of freedom of choice and freedom of speech.

“Regardless of political leanings, we can come together. That’s what we tried to communicate,” Sharp says, adding that the brand challenges itself each year to create a different, engaging ad that builds on the success of the previous year.

i watched the lamb ad and have two conclusions: this boofhead is meant to be milo yiannopoulos ... pic.twitter.com/ZoPfQRbNWE

Responding to an individual on Twitter who likened an person in the ad to Milo Yiannopoulos, Sharp says: “The ad is satirical in nature and any resemblance to any person is purely coincidental"