A look through 12 years of MLA’s epic summer ads 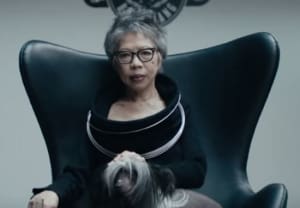 Meat and Livestock Australia (MLA) was synonymous with Australia Day for 10 years before changing its tune in 2017 and deciding to move away from the date after mounting distaste over what the day represents.

While it is a national holiday, many Australians are divided over whether it should be celebrated because of what it represents to the Indigenous community. This year, ABC youth station Triple J moved its iconic Australia Day Hottest 100 in light of the issue.

The Australia Day ads have run since 2004, and have starred iconic Australians like the late Richie Benaud, Ita Buttrose and of course lambassador for many years running, Sam Kekovich.

Last year was the first time the brand, and its agency The Monkeys, shirked the Australia Day focus in favour of a celebration of summer and modern multiculturalism.

Released today, MLA has launched its 2018 push, zoning in on Australian politics with a Broadway-style sing-off between the left and the right wing.