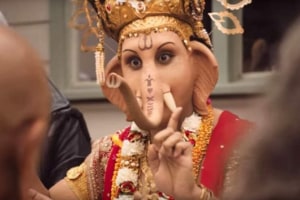 The ad was cleared in September by the Advertising Standards Bureau (ASB) after more than 200 complaints were made, as well as an appeal from the Hindu community to the Australian government.

The ad is the first to be banned from MLA and The Monkeys, despite many of its ads facing controversy in the past. The ad has already been removed from the brand's YouTube.

The independent review said the initial decision was “clearly in error” in its conclusion that the spot was not discriminatory and intended to be light-hearted and recommended it be removed. 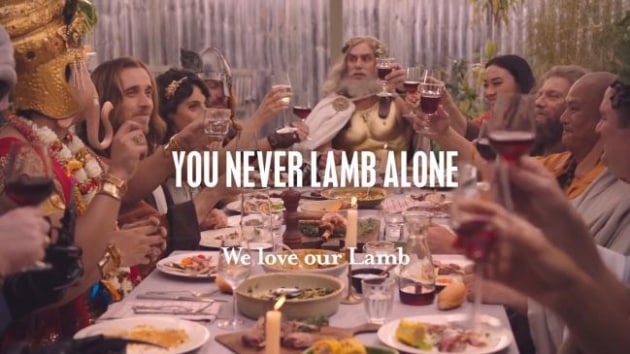 Complaints against the ad, which features gods, goddesses, aliens and religious figures coming together over a feast of lamb, said that it is “crude and offensive” to feature Lord Ganesha in its advertising as the religious figure is vegetarian.

“It is hurting our religious sentiments by showing the Hindu god Ganesha as a meat eater and also making fun of the Hindu god. It is very offending,” one complaint said.

The complainant makes several references to the “lack of research” conducted by the ad agency, being The Monkeys.

“Hindu God's never enjoy meat and if this research was not done by advertising agency then it is illegal to show something that is not researched well, and if this was researched and still displayed that just means it was deliberately used to ridicule the religion,” one complainant said.

Taking into consideration the recommendations of the independent review, the ASB reconsidered the case and has upheld the case on the basis of the “elephant in the room” comment made in the ad.

“The board recognised that the advertiser is known for presenting laid back advertisements with edgy Australian humour," the ASB said.

"However, the board considered that the advertiser had given inadequate consideration to how seriously some Australians take their religious views – and did not pay due attention to the level of offence about something important to those people."

MLA said it was "disappointed by the decision".

"There was never an intention to offend, rather we wanted to ensure that we were as inclusive as possible. To this end, those religions that don’t typically eat red meat are not shown consuming lamb in the advertisement, but are still invited to the table," he said.

"While the overwhelming feedback to the campaign has been positive, we acknowledge that some community members have registered concerns and we respect that feedback."

This week MLA replaced Andrew Howie with Graeme Yardy as its marketing manager.