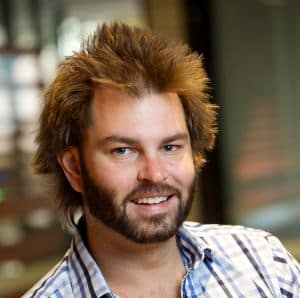 Howie, who is currently group marketing manager, is moving to Westpac as head of advertising for the banking brand.

He has been at MLA for five years and was promoted to group marketing manager in 2015. A replacement has not yet been named but the search is on for a marketing leader who will report to CMO Lisa Sharp.

He is one of the most vocal marketers in Australia and has made a name for himself by driving a strong agenda around diversity in MLA's advertising; working closely with The Monkeys to create something not many Australian brands have - advertising that people look forward to.

Howie, who is a big believer in brand advertising and powerful TV ads, has long pushed for bravery in marketing and has said before that there isn’t enough good quality, bold, brave,  advertising in Australia.

Westpac, one of the big four banks, in Australia will be a different environment and the banks aren't known to embrace controversy.

"Having banked with Westpac my whole life, the opportunity to join Australia's first and oldest bank is something I am really excited about. I'm looking forward to joining the team and working with them to create globally recognised effective and creative advertising," he tells AdNews.

Howie is speaking alongside The Monkeys chief creative officer Scott Nowell at AdNews Live: Reframing Australia on 15 November where the pair will outline their strategy of inclusivity and talking to multicultural Australia. Tickets are still available.

Howie starts his new role in November and reports to Jenny Melhuish, head of St.George brand, advertising and everyday banking at Westpac Group. She reports to Martine Jager, the bank’s CMO.

Westpac works with DDB and its media is handled by Westpac Media Lab, a bespoke agency that sits within GroupM.

Marketing is an investment, not a cost, according to Howie and he is a proponent of “pushing boundaries” in advertising.

The Australia Day ads launched in recent years have ignited controversy. The 2016 ad Project Boomerang offended vegans, as well as many who felt the use of the term term “boomerang” was insensitive to Indigenous Australians, given its timing with Australia Day.

Most recently its Spring lamb You Never Lamb Alone campaign, featuring lookalikes of L. Ron Hubbard (founder of the Church of Scientology) as well as Jesus, an alien, a Buddhist and other gods and goddesses around a table enjoying a feast of lamb, pulled in complaints. The ad drew the ire of the Hindu community for the inclusion of Lord Ganesha.

Howie said at the time “the intent is not to offend” but to start conversations.

The concept for the 2018 summer campaign is already in the bag, but whoever takes on the role at MLA will lead its execution and have to deal with the inevitable fallout of what is likely to be a controversial ad.

As well as the infamous Australia Day summer campaign, and the spring lamb ads, Howie also worked with The Monkeys to launch a  pop-up lamb restaurant in partnership with five top Sydney chefs, inviting guests to pay whatever they wanted in foreign currency, which was then donated to charity.

He also moved its lamb account in to The Monkeys in 2014 following a pitch, and while long-standing creative agency partner BMF is still on the roster, the latest beef ads which launched in July were also created by The Monkeys.