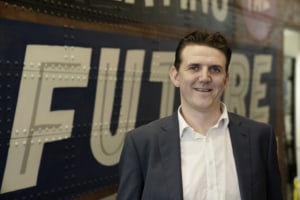 The move follows the arrival of AOL's Grant Bingham as director of programmatic sales in April and APEX CEO Pippa Leary to lead its digital sales team as commercial director in May.

Prior to the News Corp-owned Unruly role King was national video commercial manager at News Corp and had been with the publisher since 2013.

The Unruly exit follows the departure of Unruly MD Lance Traore in April, who was replaced by Maxus investment head Ricky Chanana in September.

Leary says one of the reasons Nine hired King is because of his experience and knowledge of the programmatic world, particularly in the video space.

“We have experienced phenomenal growth in our video handheld sales, almost doubling our video revenue in the past 12 months,” she says.

“Jordan will focus on preparing our business for the shift towards greater automation in the space over the coming years.”

In his new role as head of audience and automation King will report to Nine’s director of sales - digital product Nathan Powell.

He's tasked with focusing on Nine’s programmatic video offering to meet the demands of the evolving digital market.

Nine’s chief sales officer Michael Stephenson says he's pleased with the strength of the digital sales it's put together over the last year.

“They are putting real, tangible runs on the board and driving sales growth across our key digital properties.”

Nick Squires, managing director and co-founder of Sydney-based recruitment firm TheGrowthArchitects, which specialises in programmatic media trading and digital media hires, says competition is rife at the top end of the job market.

“With all of the consolidation over the last couple of years it's meant fewer roles are prevalent in the more senior areas of the industry, compared to three or four years ago.

“What we're seeing is an influx of very good CVs from leading industry people and not enough top end jobs to put them in. Secondly, the likes of Spotify and Acxiom along with many other enterprise businesses are or have started to require those skills sets. The likes of Esther and Dan would be a natural choice of hire to those companies.

“At the end of the day we're in a very small industry I expect to see this as the trend for the next couple of years or until the next big thing comes along.”