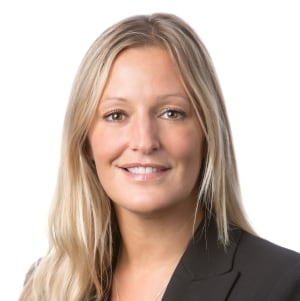 The boss of GroupM Australia's trading desk Xaxis, Esther Carlsen, will depart the business for an MD role at data tech powerhouse Acxiom, AdNews can reveal.

Carlsen has been at the programmatic ad platform for more than five years, reporting directly to GroupM CEO Mark Lollback. Prior to that she was head of sales at Yahoo7 for New South Wales and Queensland.

Carlsen is not the only Xaxis staffer to exit, with Xaxis' head of client development, Richard Wheeler, also about to leave. He is set to join Dentsu Aegis Network's programmatic buying unit Amnet, as its GM NSW and QLD. Before Xaxis Wheeler spent five years at MediaCom Sydney.

Carlsen will report to Dean Capobianco, the current MD, who will continue to expand his role across Acxiom’s APAC markets.

“After a fantastic three and half years at Xaxis I’m sad to be moving on, but also excited at the prospect of joining the Acxiom business,” Carlsen says.

“Acxiom has an impressive plan and vision for growth and I look forward to leading the ANZ team as we continue to drive the business forward.”

Capobianco says it has been evolving the business in Australia over the past two years, however the team of people it has now assembled in Australia and across the APAC region have been “the drivers to this necessary change”.

“Every marketer's dream is to communicate to new and prospective customers at a very personal level, and that deep level of consumer engagement is what drives our vision to continue developing our technology and data assets,” Capobianco says.

During 2016 Acxiom Australia made major organisational changes to centre its operation around consumer identity resolution in the digital sphere.

Capobianco says its long history in offline data, since 1999 in Australia, still remains core to the company’s capabilities, but adds that its ability to recognise offline customer data in a world of mobile and digital device growth has also helped boost the firm since it acquired identity resolution data business LiveRamp in 2014.

In November GroupM created a new global network bringing together data and technology capability from across the group into one business called M Platform. The network hasn't rolled out across Australia yet but the restructure is set to commence mid-2017. The move means some Xaxis staff will move over into M Platform roles.

It's unclear if the vacant Xaxis roles will be filled, but when and if they are, it is likely those people will report to a yet to be named newly-created M Platform CEO role in Australia.

At the time of the M Platform launch, the newly appointed global CEO of GroupM, Kelly Clark, said: “Marketers are under tremendous pressure to deliver results from media investments. This flexible platform approach enables us to focus $7 billion worth of investments we’ve made in data and technology over 10 years to help them realise a marketplace advantage.

“Our agencies will now have deeper consumer insights and the most robust technology in the market.”

Many Xaxis execs have gone onto some high profile company jobs. Just last year, after four years at Xaxis, Zuzana Urbanova left for a gig at Snapchat. It's also not the first time Acxiom has poached talent from Xaxis, with its state manger Meg Thomas leaving for an Acxiom job there in 2015. She later moved onto an adX programmatic direct and buyer lead at Google Ad Exchange.