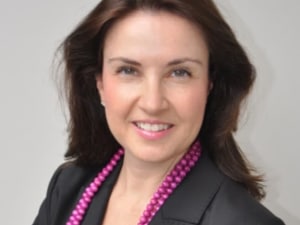 Top tier marketing moves at CommBank has seen its group marketing and strategy exec Monique Macleod slide into the role of acting CMO, AdNews can reveal.

Vittoria Shortt, CommBank's group executive of marketing and strategy, was formerly also CMO before taking on the board level role in 2015. She retained the responsibilities of CMO after the promotion.

Shortt confirmed the move, saying that Macleod has been appointed acting chief marketing officer until the end of this calendar year.

“In this role, Monique will bring her strengths as a values-led leader, focusing on deep customer insights and creativity to engage our customers in their financial wellbeing,” Shortt says.

“This leadership appointment recognises the great customer outcomes Monique has achieved at the CBA Group over the past six years. A decision about the CMO role will be made in early 2018”.

In other CommBank job moves the firm's programmatic lead Alexis Spurgeon, has also left for a job at Amazon in London, AdNews can reveal.

As also revealed by AdNews in May 2015, Australia's largest bank was making moves to establish an in-house programmatic trading desk. It poached Spurgeon, the then director of display advertising at Omnicom's Accuen, and ex-senior digital trader, to spearhead the venture.

While Ikon is the bank's media agency of record, following M&C Saatchi's acquisition of media shop Bohemia, and given M&C Saatchi is CommBank's creative agency, it's thought M&C's bigger play involves wooing the bank with a 'full-service' offering.

However, given the current reputational and legal strife the bank is involved in, such as the recent money laundering scandal, it's likely the upheaval and efforts of a media pitch are far from its mind.

Last month AdNews revealed how the Commonwealth Bank pulled advertising against news and current affairs content in the wake allegations it had failed to alert authorities about suspected money laundering activity at its teller machines.