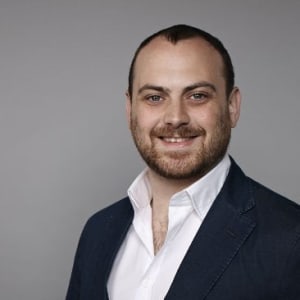 Bohemia's Sebastian Graham has left the agency after two years as group performance and technology director. He has joined Yahoo7 as head of programmatic services and has been in the position for a month, according to his LinkedIn. Graham joins Yahoo as the Verizon acquisition comes to completion. Graham's departure comes just months after Bohemia was purchased by M&C Saatchi. He's not the first ad tech exec to exit for the bright Yahoo7 lights with Rocket Fuel's sales director ANZ, Liz Adeniji, joining last year.

MD of personalised video marketing platform Innovid, Carolyn Bollaci, has left the business and the firm's country manager, Adam Natiq, is set to exit the business this week for a role at media measurement and analytics comScore, AdNews understands. Bollaci was in the role for about 15 months and prior to that was regional VP president at Sizmek. Natiq had been with the company for five years. More to come.

Brisbane agency BCM has been appointed to the Energy Super account. Energy Super is one of Queensland’s leading superannuation industry funds with over 48,000 members and almost $7 billion in funds under management. The agency will lead its communication planning, creative development, social media strategy as well as its media planning and buying. AdNews understands the company did not have an agency of record prior to BCM.

Julian Delany has been promoted at News Corp, stepping up to News DNA managing director. The role has been left open since Nicole Sheffield took on a broader role at the publisher as chief digital officer of News Corp. Delany will be responsible for News DNA's digital assets across content, product, production, strategy and integrated commercialisation for all brands and mastheads. Delany joined News in September 2012 as general manager of news.com.au. In November 2015 he was promoted to MD of news.com.au also recently stepping up to chief digital officer of NewsLifeMedia. Prior to joining News Delany spent 10 years at Foxtel leading the growth of The Weather Channel.

Bohemia raises more than $6000 for charity

Houses rule Monday but people are paying attention to Ten

Australian ticketing and data analytics company TEG has acquired Malaysian ticketing company TicketCharge. As part of the acquisition, TEG has also established an Asian division to focus on the live entertainment industry's growth in the region, which will be based in Singapore. According to MediaWeek, the TicketCharge acquisition complements soon-to-be-announced partnerships in Asia involving TEG’s ticketing software licensing business Softix, which currently has clients in 20 countries. TEG CEO Geoff Jones said the announcements demonstrate the focus and commitment to expand the business into multiple Asian markets.