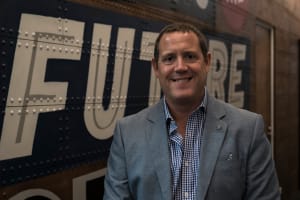 Nine has hired AOL's Grant Bingham to lead its digital programmatic sales offering in a move that completes senior appointments to the publisher’s digital leadership team.

The move also follows the exit of MD of AOL Australia and New Zealand, Mitch Waters, who left the business in February for a role at demand-side platform The Trade Desk, as revealed by AdNews.

Bingham, who was previously head of publisher services at AOL, will head up Nine Digital’s trading desk and continue to evolve the publisher’s programmatic offering to agencies and clients.

Bingham’s appointment follows the news that APEX's Pippa Leary has also come on board at Nine as commercial director of digital sales, coinciding with a shuffle of Nine’s executive team.

Talking to AdNews, Leary says the business has now aligned its senior digital team to focus on high growth areas in digital, including programmatic, video, mobile and native.

“The changes last week in the senior team is an acknowledgement from the business that it needs to focus on high growth areas in digital if we want to aggressively grow our market share,” she says.

“To complete our digital sales structure we had to reach back into the industry and find someone to have strategic conversation with our technical team, as well as have toe-to-toe trading conversations with trading desks, which is where Grant’s understanding and leadership fits with Nine.”

At the time, the deal was an important milestone on Nine’s journey towards agnostic trading across linear TV and digital.

Despite making big moves in the programmatic space, Leary says Nine is further advanced in evolving its video advertising.

“We can’t afford to have one focus. We are doubling down on video, programmatic, native and data equally,” she says.

"For our broadcast video on demand business, we are anticipating that by February of next year most people will be watching catch-up through a connected TV. It’s an interesting business to us because the deals 9Now has with Data Republic and Red Planet, we’ll be able to serve targeted ads on those big screens.”

A few weeks into her new role, Leary says effectiveness and transparency is a major focus of Nine as the industry demands more than “cost per view”.

“As a result of YouTube-gate, we’ve seen some interesting moves in the market from clients. They are after a complete view rather than what the global platforms offer, which is a three-second view, with no sound and limited pixels," Leary adds.

“Clients are moving away from that and we’ve had success in our model, which is a cost per completed view."

Cost per completed view means a client is only charged by Nine for a “view” if the ad is watched in its entirety, being 15 or 30-seconds.