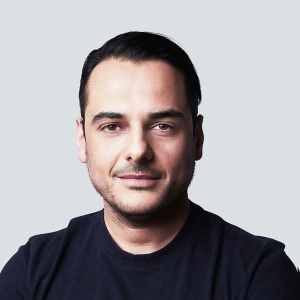 The Monkeys has lured Vince Lagana to the growing agency as ECD, exiting Leo Burnett Sydney after six years at the agency.

He joins The Monkeys from his role of co-ECD at Leos, where he produced work including Small World Machines, Bundaberg Rum’s Road to Recovery, and Samsung’s S-Drive, LifeLIVE, BrainBAND and Pocket Patrol initiatives.

The Monkeys has been rapidly expanding since its acquisition by Accenture and picking up a slate of clients last year, including Canadian Club, Australia Post, Holden and more.

“It’s time for me to follow a fresh path and I’m excited to be joining one of the best and most progressive advertising brands in the country. I have a huge amount of respect for what The Monkeys has achieved and I can’t wait to help lead and drive its creative product even further into the future," Lagana says.

He adds that he is "incredibly grateful" for his time at Leo Burnett and adds the agency has a "bright future" under Grant McAloon.

Melinda Geertz, Leo Burnett Australia CEO, says Lagana has been "prolific" in his six years at the agency.

“We’re grateful for his love of creativity, his passion for brilliant ideas and his incredible dedication to design and craft. We’re also grateful for his friendship. Vinnie is a person with decency, generosity and kindness in abundance, and we’ll miss him. All of us at Leo Burnett wish him the very best," she says.

The Monkeys cofounder and group CCO Justin Drape says the founders are looking forward to working with Lagana again, having worked together in the past.

“Vinnie’s a talented leader and a true gentleman. He makes the people around him better so he will be an integral part of our plans moving forward," he says.