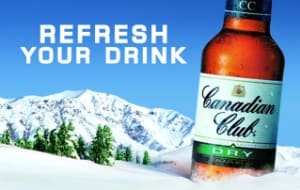 The Monkeys has picked up the creative for Beam Suntory brand Canadian Club Whiskey.

AdNews understands The Monkeys was appointed several months ago to the account.

Beam Suntory sat with The Works for 14 years before it made the decision to realign its creative globally and split out Jim Beam and Canadian Club to different agencies.

The Works led the global creative on Jim Beam for three years, bringing on Mila Kunis as a global ambassador for the brand.

The Works was behind the successful Over Beer? campaign for Canadian Club.