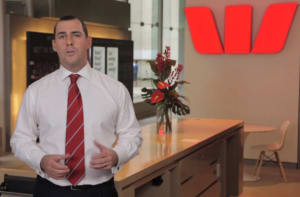 Westpac has removed its media buying business from the MediaCom stable, however the account, thought to be worth as much as $70 million, will stay on the GroupM balance sheet.

In what's set to be a major blow for MediaCom, following reputational damage back in 2014 off the back of an EY audit into the manipulation of TV campaign reporting, the agency has waved goodbye to the major slice of the banking pie that remained on its books.

The Westpac account, which covers Westpac, St George, Bank of Melbourne and BankSA, was MediaCom's largest client, worth $70 million at the time it won the account in  2011.  Rumours around the account moving had been about for months, with some suggesting it may head back to its previous agency OMD.

However, the agency’s parent company, GroupM, will still be balancing the books as it has moved to pull resources from across the GroupM stable, including MediaCom, to form a bespoke agency solely for Westpac.

Speaking to AdNews, a Westpac spokesperson said: “Westpac will utilise the services of a range of agencies under the GroupM umbrella to ensure we can tap the widest expertise, and achieve the best outcomes for our media buying.”

The reporting saga that has plagued MediaCom's local reputation found discrepancies on several accounts and the agency had overcharged major clients, including Foxtel and Yum! Brands.

As a result, it lost Foxtel and IAG to Mindshare, and since then, although not related to the reporting errors, MediaCom has lost several other clients such as Cannon, NRMA Motoring and EA Games.

A rival senior agency source tells AdNews that news of the new agency arrangement comes as a surprise as he had heard the agency had been doing very well under its new management.

Despite the recent client losses at the agency, MediaCom has bolstered its management team, hired a new CEO, recently picked up the PlayStation and Electronics accounts off the back of a global Sony review.