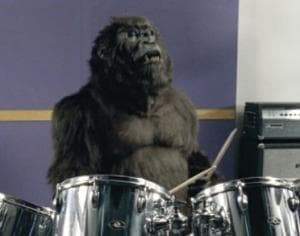 The Gunn Report has released the results of its 20 Best Commercials of the 21st Century.

The results were tallied from a public vote which collected thousands of votes on a list of 30 candidates.

Commenting on best so far, Donald Gunn, founder of The Gunn Report, said: "We're delighted that the participation was high, the result of which is a reel selected by our industry of iconic, game-changing and much loved commercials produced during the last 15 years.

"Not only do these commercials stand the test of time, but they have also influenced changes in brand communications. As such, we hope that they will bring inspiration and learning taking our industry to new creative heights."

Looks like the Aussies missed the mark, with only Metro Trains, "Dumb Ways to Die" from McCann Melbourne making the list. Better luck next century?

Below, in no particular order, are the 20 greatest ads (from 2000 to 2015) and their creators. Do you agree with the findings? Comment below and share your views.

Chipotle, "Back to the Start", Creative Artists Agency, Los Angeles

Old Spice, "The Man Your Man Could Smell Like", Wieden & Kennedy, Portland