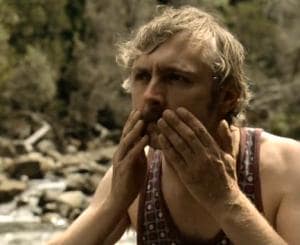 BBDO Worldwide has again been named the most awarded network in the world in the 2010 Gunn Report, which also recognised two Australian beer ads, among the world's top campaigns.

BBDO beat out DDB, Ogilvy & Mather, Leo Burnett and TBWA, to take the top spot in the annual global report, which combines the winners' lists from industry award shows around the world.

Publicis Mojo Sydney's "Pure Waters" campaign for James Boags and Droga5's "The Regulars" for Victoria Bitter were the fourth and equal fifth most awarded films in the world last year.

Volkswagen pipped Nike to claim the most awarded advertiser crown, followed by Ikea, Nokia and Uniqlo.

The USA was once again the most awarded country, followed by the UK and France. Sweden's digital prowess saw the country rise from ninth place last year to fourth and Brazil came in at number five.

Brazil's AlmapBBDO was the most awarded agency in the world, followed by France's BETC Euro RSCG and Dentsu (Tokyo and Osaka). Wieden+Kennedy Portland and RKCR/Y&R were the fourth and fifth most awarded agencies respectively.

Thailand's Thanonchai Sornsrivichai was the most awarded director in the world, while the UK's Michael Gracey, who directed the "There's Nothing Like Australia" campaign for Tourism Australia last year, came in third.