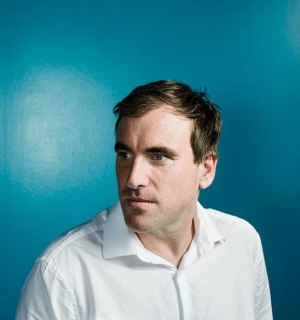 Australian adman Phil Cowlishaw has returned from his US role to take on a new senior position as Adobe Advertising Cloud’s head of Australia and New Zealand, AdNews can reveal.

Cowlishaw left Sydney in 2015 for a VP of strategy gig at the then independent ad tech software company TubeMogul.

Following his relocation TubeMogul was acquired by Adobe in November 2016 and Cowlishaw shifted into a global strategy and consulting role in San Francisco. Soon after the deal the TubeMogul name was axed and its offering was relaunched as Adobe Advertising Cloud in March last year.

Prior to the stateside move Sydney-based Cowlishaw was head of technology and innovation for more than five years at full-service agency Ikon.

VP and GM of Adobe Advertising Cloud Keith Eadie says the ad cloud team has made significant progress in driving greater accountability for advertisers globally. He says a key part of that effort has taken place outside of the United States and to expand on that, new executive appointments, such as Cowlishaw, are needed.

See: Bridging the gap – TubeMogul CEO on now and next

One of TubeMogul’s earliest clients as the former head of technology at Ikon Communications, Eadie describes Cowlishaw as among the company’s key product innovators in a blog post.

Eadie said that Matt Bruce, who led Adobe Media Optimiser in APAC “to become one of the fastest growing regions in the world in terms of ad spend in 2016”, will lead emerging markets across APAC and the search and dynamic creative optimisation businesses.

Sam Smith previously led the the ANZ Ad Cloud division, moving into that spot from his role as TubeMogul MD. His next role is yet to be announced.

In June last year Hunt, who also relocated to the US with TubeMogul, joined Universal Music Group Australia. Hunt established the Australian subsidiary of TubeMogul in 2012, taking it to a leadership position in the online video space by integrating the offering with the local TV market. He is now the global music corporation’s MD of emerging technologies.