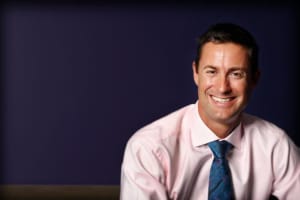 Top marketer Ed Smith has announced he will be leaving Foxtel and moving to London in the first half of next year.

Smith has been Foxtel's executive director of sales and marketing since 2012 and has been instrumental in some of its biggest marketing activities, including the $25 bundle deal announced this time last year.

Speaking to AdNews, Smith said he and his partner would be making the move next year but that he would continue on at the Pay TV provider until a replacement is made.

“Stephen and I have been thinking of relocating to London for a while,” Smith said.

“I've really enjoyed my nine years with News and Foxtel but this feels like the right moment for us to make a move and we’re really excited.

"I'm going to miss my team at Foxtel terribly so it's a mixed set of feelings. It's excitement and a bit of sadness.”

Smith is yet to announce a new role over in the UK but says he plans on taking a break before starting in a new position.

Whether Foxtel will look to replace both the sales and marketing roles with one person or split the functions into two separate positions remains to be seen.

Foxtel is thought to be eyeing a marketing push next year, with the Sydney Morning Herald reporting it will raise a further $30 million from shareholders to bolster its marketing.

It is also thought that Foxtel will be tapping other creative agencies, along with its retained agency Clemenger BBDO, on a project basis for the push.