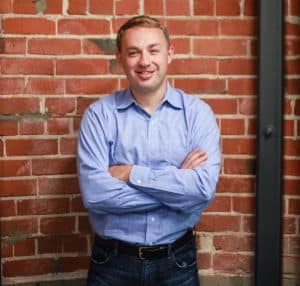 Ad fraud, walled gardens and a vision to bridge TV and digital were just a few of the topics AdNews hit off in a chat with TubeMogul CEO and co-founder, Brett Wilson recently.

The NASDAQ-listed firm, which created industry waves this year after it announced in February that clients would not pay for fraudulent traffic, is not shy in tackling some of the industry’s big issues.

On elaborating on the botnet issue, which refer to a collection of computers that have been “hijacked by viruses, which are then used for nefarious purposes” like driving fake traffic to ads, Wilson said this is obviously bad for brands that don’t have the right software partner because they can end up wasting money on fake viewers.

As a result of this campaign championing fairer and legitimate behaviour, which kicked off in April, TubeMogul now automatically issues refunds on a monthly basis for video ad impressions that White Ops - a pioneer in cyber security services for the detection and prevention of sophisticated online fraud - has measured and identified as fraudulent.

“Our long-standing investments and track record in blocking ad fraud have already minimised this issue for our clients, but we wanted to give them certainty as a matter of policy,” Wilson said.

Taking aim at the walled gardens

Just a month after rolling this standard out, TubeMogul was back in the limelight mounting a campaign against Google's 'walled gardens'.

Its message was that despite for many years Google defining openness and innovation in advertising, now, Google has made a conscious decision to “wall itself off from the rest of the industry”, said Wilson, who has been at the helm of Tube for nearly a decade.

“While that is Google’s decision to make, it means that an advertiser centralising buys within their walls risks losing access to some of the most exciting advertising opportunities out there, and that’s not all they risk losing,” the company said.

“At TubeMogul, we believe independence best serves brand advertisers and breaks down barriers.”

That said, Tube has inked deals with Facebook and Twitter in recent months. It just announced Tube's new integration with Facebook which allows a brand to hit a target audience on Facebook and Instagram that it may have missed with its television advertising.

Australia was one of the first markets it expanded to outside of North America and Wilson said the country's track record is impressive.

“The Australian market evolves rapidly and deserves international recognition for its rapid adoption of automated, data-driven buying across digital video, digital out of home and TV,” he says.

“Some of our key senior executives in the US – including our VP of strategy Phil Cowlishaw (poached from Ikon), and our regional VP of West Coast Sales, Stephen Hunt, both hail from the Australian market.”

Cowlishaw, who had been at Ikon as head of technology for more than five years, left his Sydney-based role last year. Hunt was previously MD APAC at Tube.

Hot off the heels of its Facebook partnership, which allows advertisers to retarget on social media platforms using data from Nielsen, TubeMogul also recently revealed it is one of the first video advertising software platforms to join Twitter’s pre-roll ads program - giving brand marketers the opportunity to buy real-time ads that precede in-tweet video content posted by more than 200 sports, TV, and digital publishers. However the capability is at this point only available to TubeMogul US clients, with global support expected to be added later in 2016.

Speaking to AdNews about what's keeping him awake at night in relation to industry challenges, Wilson, who worked as a consultant at Accenture back in 1996 after earning his MBA at Berkeley, says he thinks a lot about scaling its company culture and retaining the values that have got it this far.

“Given the speed and skill with which technology companies move, competitive advantage derived from a single product or idea can be fleeting, but a strong culture never dies,” he says.

“In terms of industry challenges, the biggest one we are taking on is bridging the divide between TV and digital. Marketers start with TV, and so we rebuilt our software that way. TubeMogul’s cross-screen planner is a formative product that automatically ingests an existing TV plan, then builds and executes a plan to drive incremental reach for a target audience across both TV and digital video.”

In a nutshell, Tube basically builds software that simplifies the process for getting ads onto nearly any screen.

“Brand advertising was one of the largest frontiers untouched by automation and technology, and we helped change that,” he adds.

Despite its successes - Tube's first quarter ended March 31 2016 saw revenue of US $42.1 million year-on-year, an increase of 39% - Wilson says “it’s not lost on us that in the grand scheme of things, a software company like ours is a relative newcomer to the ad business”.

“Many of our clients are brands that have been around for over 50 or 100 years,” he begins.

“When these companies change how they do business and centralise their brand advertising through TubeMogul’s software, we think it’s a profound statement, and one that confirms our belief that independence best serves advertisers.”