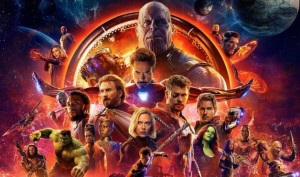 Dentsu Aegis Network (DAN) has retained the $18.2 million media buying and planning account for the Walt Disney Company in Australia and New Zealand, AdNews can reveal.

Dentsu and Disney confirmed the agency has retained the account on a network level, following a competitive pitch earlier this year.

Carat has worked solely with Disney since 2009 when it took the business from Mindshare in a two-way pitch with Starcom MediaVest.

AdNews understands the deal will draw resources from several of its key agencies to create a similar proposition as it's new Woolworths@DAN offering, which is a bespoke unit created to service major clients.

"Dentsu Aegis can confirm it has successfully retained the Disney account defending and growing a client it has proudly represented for the past nine years," a Dentsu spokesperson told AdNews.

Despite the move away from one sole agency, the loss follows Carat retaining the Microsoft media account in Australia following a closed global review. In Australia, Microsoft is estimated to spend between $40 million to $60 million in media each year. Carat also won the $10m Beacon Lighting media pitch in March.

Just this week MediaCom has retained the Mars business and Mindshare has won the Mondelez account.