Disney to acquire 21st Century Fox as Comcast drops out 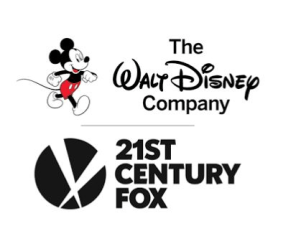 Disney’s most recent bid of US$71 billion was enough to trump Comcast, which had bid US$65 billion. It was previously thought Disney was the winning bidder last year before Comcast swooped in with a late bid.

The value of 21st Century Fox increased 36% during to the bidding war as the media mogul continues to spin off assets.

Comcast is reported to still be eyeing British broadcaster Sky in a US$34 billion swoop.

Murdoch’s 21st Century Fox is the production house behind the X-Men, Avatar and Ice Age franchises as well as several Hollywood blockbusters.

Its addition will make Disney arguably the largest movie production powerhouse today with Marvel, LucasFilm and Pixar already in its stable.

The final piece in Disney’s puzzle is BSkyB because it would provide Disney with a direct-to-consumer platform that would allow it to compete with Netflix and Amazon.

Disney has won a major battle, but not the war. Comcast could still thwart Disney’s move for Sky in what is looming as another fierce bidding war.