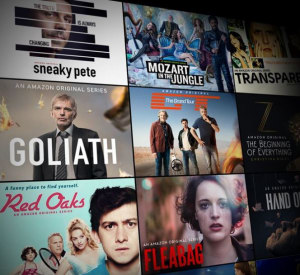 This first appeared in the AdNews Magazine and is the third part of a four-part series. Subscribe to support AdNews here.

Amazon is late to the SVOD party in Australia but the party is just getting started. Its strength comes from the promise of retail bundles.

Amazon's subscription video on demand (SVOD) offering, Amazon Prime Video, launched in December 2016 as a precursor to Amazon’s arrival proper. Amazon Music, hit our shores in February this year at the same time its Echo speaker launched.
While Amazon Prime Video is strong overseas, here the market is already cluttered and it's a late arrival to the party.

Stan, the joint venture of Nine and Fairfax arrived in January 2015, Netflix in March the same year, NBCUniversal-owned reality TV SVOD Hayu turfed up in early 2016 and in June 2017 Foxtel evolved its SVOD offering with its its Foxtel Now platform. There are many options in market and more coming. CBS Corporation revealed CBS All Access is in the works and Disney intending to launch a service.

Market chatter suggests Amazon Prime, which has original shows such as The Grand Tour, The Man in the High Castle and Hand of God on its slate, has not resonated well with viewers as many have already committed to other services. Others also suggest the current content pales in comparison to the likes Netflix's Stranger Things and 13 Reasons Why, and Stan's Billions, Better Call Saul and  Romper Stomper luring fans. Forthcoming NBC musical drama Rise, from the makers of the popular Friday Night Lights, is also mooted to be a draw for Stan.

The same argument can also be applied to Amazon Music. While it's early days Spotify and Apple Music are clearly dominating.

Founder and former CEO of mobile ad tech business Unlockd, Matt Berriman, said Amazon offers a competitive product, both in terms of content and price. And much like Apple, Amazon has created an ecosystem of products and services that work seamlessly together.

“Once you’re locked into one service, you are more likely to buy other products and services in their ecosystem. This presents a threat to standalone services like Netflix and Spotify," he explained. 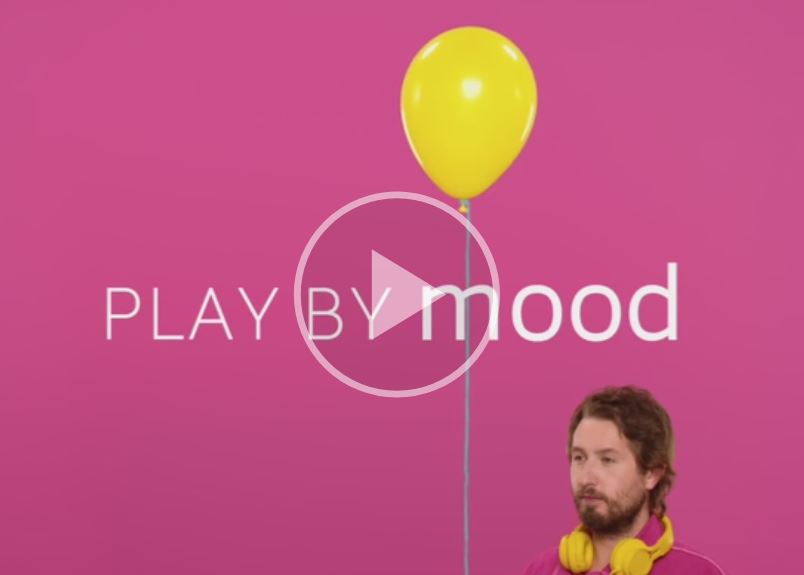 “However, in Australia, it faces a highly competitive subscription streaming market. The big international players like Netflix and Spotify are established and we also have a number of great local companies that have been effective in capturing the support of the nation by funding and promoting Australian content.”

When Amazon Prime Video launched, it tried to undercut the competition on price, but according to Ampere Research, Netflix still has the majority of the market at 44%, followed by the local player Stan at 13% and Foxtel Now at 12%. Amazon Prime Video comes in fifth at 5%, despite charging a lower fee.

Berriman said now we are seeing the same aggressive pricing strategy with the launch of Amazon Music, offering a 50% discount on what most other music streaming services offer in the market.

“Although initially displaying signs of growth, these streaming subscription models eventually reach a point of plateau before declining,” he said.

“There inevitably comes a time where the majority of customers willing to pay a monthly fee are already on board, and this is especially the case for late-comers like Amazon.”

Fetch TV CEO Scott Lorson says while Amazon is yet to be on-boarded to its platform, which houses several SVOD players in one interface and one bill, he expects it to “enjoy considerable success, as they have in other core markets”.

“Its international scale, unique business model, and sizeable original content budget [US$4.5bn in 2017] would suggest that they have both the tools and resources required to succeed in the highly competitive SVOD ecosystems,” Lorson said.

“So will it catch up? In the long run I would say probably. However, at the moment the general consensus is that Amazon’s content library for both SVOD and music is not as robust as Netflix or Spotify and as we are learning, quality and choice of content is an important driver of uptake,” Chang said.

“Of course recently Amazon launched its Echo speakers in Australia and I would expect that the buzz around Echo and Alexa will also help to accelerate the take-up of Amazon Music.” 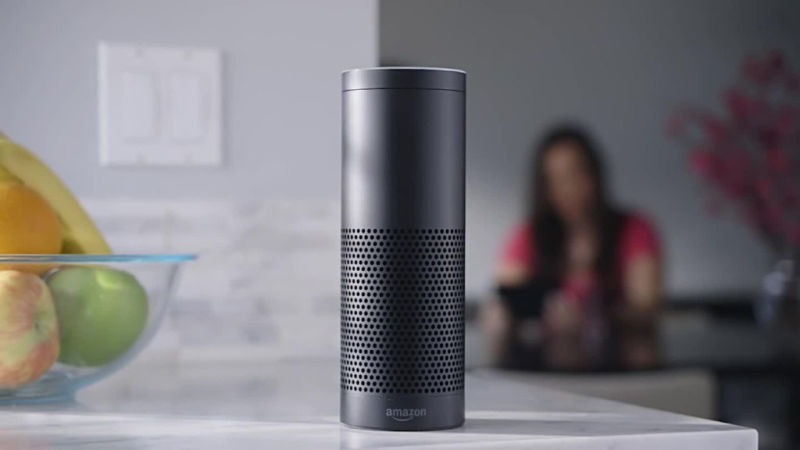 Given the trend where subscribers are willing to have more than one SVOD subscription to get to specific content, Chang says this proves there is room for multiple providers.

Berriman says in this increasingly competitive landscape, companies need to be looking at alternatives to the paid subscription model. Data from Nielsen Media Labs earlier this year revealed that 54% of consumers are open to watching ads as a gateway to accessing premium digital content.

“By exploring an ad-funded subscription option, streaming companies can tap into this huge audience and safeguard its long term future,” Berriman adds.

“Many streaming players appear to want to keep their distance from ad-based revenue models but there have been many success stories proving the willingness of Australian and global consumers to consume premium content supported by viewing ads. For example, Unlockd’s dedicated ad-funded solution is used by MTV in the UK, and has resulted in 9% conversion uplift from free trial.”

While Netflix's user experience (UX) is highly praised and Stan too having added better functionality and user options, from a CX perspective, Chang says much depends on the “tech alliance” of a family or individual.

“If a household uses Apple for most tech, Apple Music would be the likely choice for music streaming, however for an Amazon household that is using Alexa the seamless integration of Amazon Music will likely be appealing.”

Ex-Leo Burnett digital strategy director and former head of digital marketing at Foxtel for nearly five years up until 2012, Oliver Mistry, is founder of Comparetv.com.au. The 2013-founded business reviews and compares TV packages such as Netflix and Amazon as well as a range of digital services such as NBN and broadband services.

See: How will Amazon impact media and marketing and the wider economy?

Mistry says Amazon Prime's current subscription price of US$2.99 makes it an easy service to take up and stay subscribed to compared to the much higher monthly rates for Netflix, Foxtel and Stan.

“Amazon's library of TV and movies in Australia is far smaller than the competition, but their original productions – Grand Tour, Man in the High Castle etc – make it worthwhile. They’ll need to expand the library when the price eventually rises, though,” he says.

However, he says Amazon Prime’s big draw - in markets where the full Prime service exists - is arguably in its “full package”, anchored by cheap/free and fast shipping of physical products, then bolstered by access to streaming TV/movies and music, e-books, photo storage etc.

In terms of Amazon Music, he said the music service in itself is “never” going to overtake Spotify or Apple Music. “But since its purpose will be as a value-add it probably can’t be compared on the same level as those,” he argued. 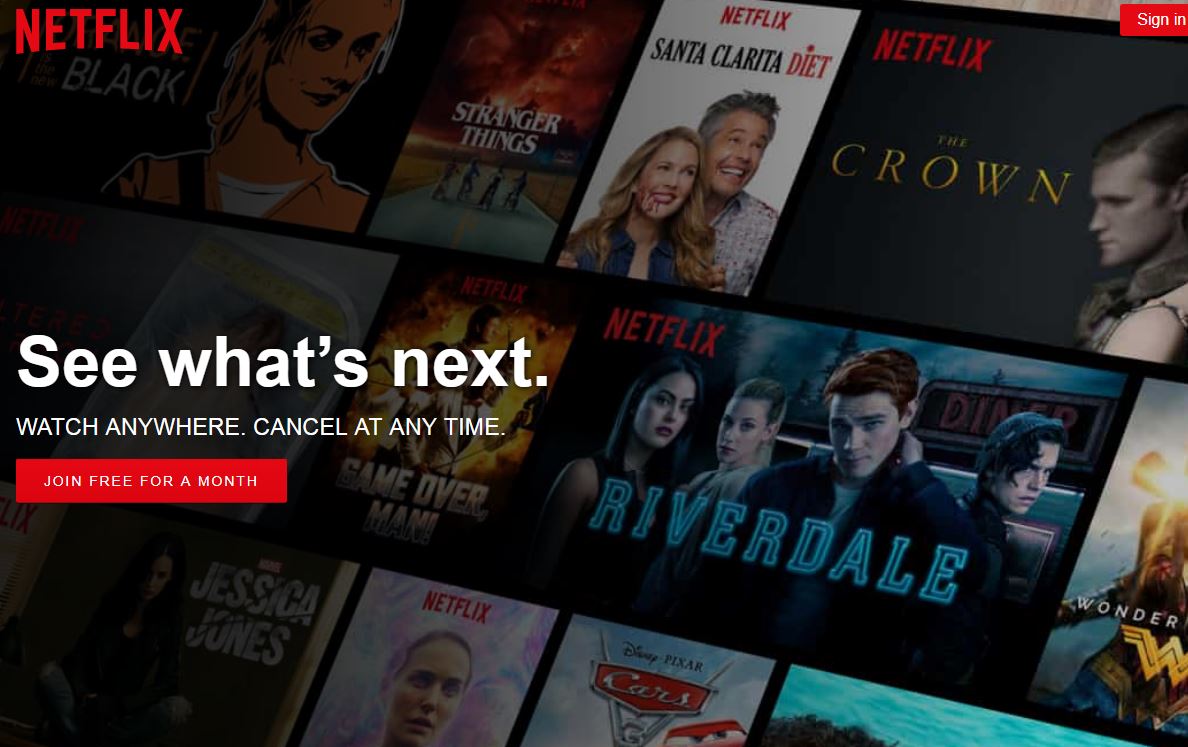 Prime Video’s biggest challenge right now, Mistry said, would be the large amount of content – including Amazon originals – that have been licensed to other networks and providers in Australia, and whether they can pull back on those deals to deliver a service in Australia that offers enough A-grade content to hold its own with Netflix, Foxtel and Stan.

“Filling the catalogue up with D-grade documentaries and old movies probably won’t cut it with Australian consumers when the price rises. I suspect the majority of Prime subscribers in the US/UK have it as a complete package along with the retail service – so Amazon has to get their retail offering right when they finally launch it. One has to assume they will,” Mistry said.

However, he said Amazon has an opportunity to support local Australian creators on a far greater scale and it has shown a willingness to include short films, comedy skits and lower-budget documentaries in their content library, which could very easily work with independent film and TV producers to deliver a huge range of content that otherwise wouldn’t have an outlet.

“Australians love to watch their own local content when it’s available to them,” he said.

The other potential strategy he believes is how they might partner with local NBN providers, bundling their service with the delivery mechanism.

“We saw Netflix adopt this strategy on launch and therefore piggyback their messaging on the media spend of the local players ‘for free’.We see the bundling of content and other digital services with NBN/broadband contracts the emerging battleground for the local ISPs.”

While keeping a keen eye on what’s happening with music streaming, Mistry said it's no doubt a “two-horse race” in Australia at the moment between Apple Music and Spotify, with Google Play putting in a good showing – but the way music licensing works in this country means that all three services’ streaming libraries are near-identical.

This first appeared in the AdNews March Magazine and is the first part of a four-part series including alook at Amazon's voice, search marketing and retail business. Subscribe to support AdNews here.

Alexa, tell me about Amazon