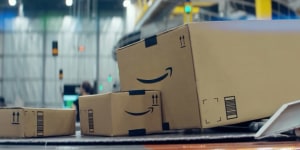 This first appeared in the AdNews March Magazine and is the first part of a four-part series. Stay tuned for more on Amazon's voice and search marketing businesses and its music and delivery ventures.

Jeff Bezos named his fledgling online book store Amazon after the largest, most powerful river in the world.

In 2015 it was dubbed one of the four horsemen of the digital apocalypse alongside Facebook, Google and Apple. In 2017 Amazon overtook Google as the world’s most valuable brand.

According to the annual Brand Finance Global 500, Amazon is now valued at US$150 billion. That marks a massive 42% leap in a year for the company where net sales hit US$177.9 billion. Its net income was US$3 billion.

While it is much more than a retailer, in this market at least, it is largely perceived as one. Its sophisticated collection and application of data, as well as the frictionless interactions means it is effortlessly embedding itself in into the very fibre of society.

Amazon’s arrival in Australia was one of the most hyped events of 2017. “Huge disruption” and a “retail revolution” were predicted. It's no surprise then that the hype misrepresented reality and when asked, most Australians will tell you it was underwhelming.

It was called a “lame duck” by The Telegraph but most damning, Harvey Norman boss Gerry Harvey described it as a "non-event”.

Now, as Amazon takes over as the most valuable brand in the world, David Haigh, CEO of Brand Finance, comments that the company is an “unstoppable force” much like its namesake.

But while consumers might be non-plussed for now, Australian businesses run the risk of allowing the decidedly underwhelming debut from Amazon to lure them into a false sense of security. Like in Europe and the US, Amazon will become a dominant force in Australia. The question is, when, not if. Smart brands will get on board early and reap rewards when its inevitable growth surges.

Amazon’s Australian Marketplace became its fastest growing in the world and had surpassed 5000 retailers just 42 days after launch. Web traffic to Amazon.com.au surged 80% in December as 3.8 million shoppers visited, according to Nielsen.

Amazon spent around US$10 billion on marketing in 2017 (a 25% rise from the year before), but it’s not clear how much was earmarked for the Australian launch, or how much it will invest in the coming 12 months to build its business here. It appointed former Samsung CMO Arno Lenior as its chief of marketing in late 2017, but he was unable to comment for this feature. Amazon was approached for comment for this feature, but it did not. 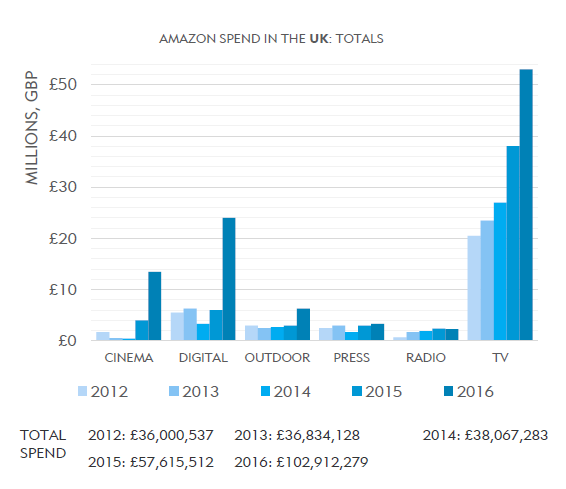 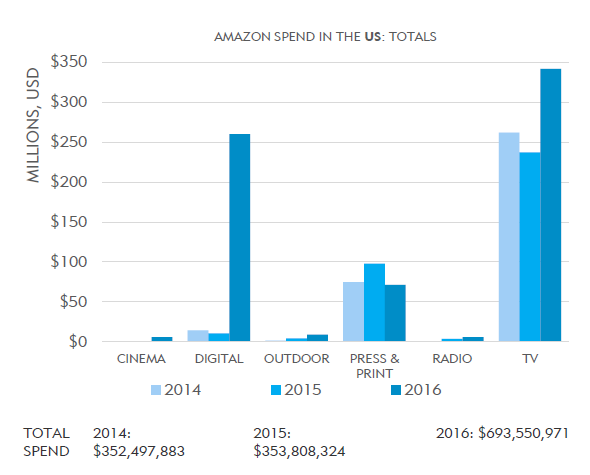 In the US, Amazon, which bought grocery chain Whole Foods last year, also launched its automated ‘Go’ stores, which allow customers to buy items without lining up to pay at a check out. It uses technology to identify the shopper as they enter the store and recognises the items they pick up so that they can walk out the door without the usual checkout process. If the US trials are successful they will inevitably arrive in Australia in the future.

“It doesn’t damage the Amazon brand but people are disappointed. It's not that they won't forgive the brand, they’re just waiting to see what happens,” she said.

“When Amazon first launched people thought it would radically change things, but it hasn’t yet. But that’s not to say that it won’t.”

What goes in Amazon's favour is that traditional, entrenched retailers aren't exactly impressing shoppers either.

“Amazon can easily win back the hearts of Australian consumers because they have been deprived of a good online experience. Traditional retailers are still struggling to transform in the digital age and that’s apparent in the Australian market.

They are still focused on physical or online, not how they come together.

“If we look at what Amazon is doing in the US, it’s figuring out how to blend physical and digital. It knows people still want to go into a physical store and has identified the problems that consumers face. Now it’s trying to solve that in a way that existing retailers aren’t doing.”

What Australian's are likely to purchase from Amazon

A 2017 study by tech firm Pitney Bowes showed that 88% of Australian shoppers shop online with overseas merchants. Many of those have shopped with Amazon, which leads to one reason the launch was felt to be a fizzer. Many people were expecting Amazon’s launch to offer exactly the same experience as the US and UK sites, but it doesn't have anything like the range available yet.

Wylie Fowler, MD of TBWA’s ecommerce agency Integer, reckons the US Amazon is already the second biggest mass market retailer in Australia, and therefore people were expecting the same experience.

He says the underbaked beginning has taken clients’ focus off of the threat and opportunity Amazon presents brands in Australia.

“It’s a speed bump, not a disaster. Expectations were on an unrealistic level. It feels a bit like they were under pressure to launch, but weren't quite ready,” he said.

Beyond consumer perceptions, Amazon also had to deal with several operational issues at launch.

Brands did flock to Amazon at launch, but Fowler believes many haven't figured out how to get the best out of Amazon, and are being too simplistic in seeing it as a classified listings site or retail distribution platform, when it is a much more complex ecosystem.

It needs rich content to fuel its search algorithms, not just product descriptions.

“A lot of the brands that have signed up haven't figured out how to use it,” he explains.

“Amazon is a very sophisticated beast and operates on a lot of levels. We as a market don't yet understand how important that is, and not enough brands are taking it seriously.”

The rich content with deep links builds up a sales history which in turn strengthens the search engine. It needs scale before it can deliver its full potential.

“It's going to be huge. It's just a matter of scale and timing. There's a period of opportunity for brands to get on board now and take that first mover advantage so that when the engine has that scale, they are already embedded into the sales history,” says Fowler.

“It’s like investing in bitcoin in the early days.”