Amazon Music to launch in February 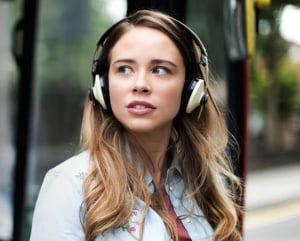 Amazon will launch its music streaming service in Australia on 1 February.

The launch of the music service complements the launch of Amazon's voice controlled home devices Alexa and Echo.

The service will launch with more than 45 million songs, and hundreds of curated playlists and personalised stations featuring local acts - all accessible using voice controls.

Users can ask Alexa for music to suit their mood, or make specific requests for stations and artists.

It offers three tiers of subscription, starting at $4.99, plus there's a three-month, ad-free, free trial option.

Amazon Music will be hoping to gain users in the music streaming space where others have failed to succeed.

A number of players have closed their doors in Australia over the past few years. Most recently Pandora, as it focuses on its US business, but also the likes of Deezer.

“We’re opening doors for our customers to have access to an incredible catalogue of music, and to be able to listen to some of their favourite artists while using the power of voice in exciting new ways.”

A number of brands, including Aussie tech firm Airtasker, and media brands such us SBS, News Corp, REA and Ten News, have already revealed deals with Amazon to allow their platforms to connect to Alexa and Echo it when they launch in February.