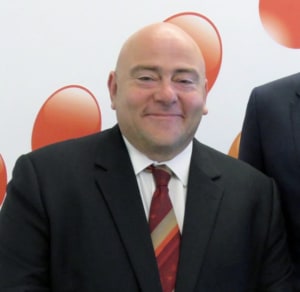 Amplifi head of investment Alex Pekish has exited the business after 15 years with the Dentsu Aegis Network (DAN).

Pekish's exit comes at a major time of change for Amplifi, which earlier this year was revealed to be reintegrating back into each of its core media agencies.

DAN says there are no further redundancies within Amplifi at this time and that the process to reintegrate the specialised investment arm is still in its early stages.

He also was also charged with supporting Amplifi business units The Story Lab and Amnet. He has been in the industry for more than 25 years, holding senior roles at agencies including Ikon and Zenith, priorto DAN.

"We can confirm that, after more than 15 years with the group, Alex has decided to move on from DAN. He’s been a valuable member of the Amplifi team and we wish him well," a DAN spokesperson told AdNews.

In an email previously obtained by AdNews, new DAN ANZ CEO Henry Tajer told staff the business "needed to take a good look at how it organises itself", adding that having "vibrant media agencies" was critical to the holding group's success.

He added that the decision to reintegrate Amplifi was based on "recent account losses and general business performance".

"It is for this reason that we have decided to re-integrate Amplifi back into each media brand. This is clearly necessary to deliver for our clients properly and rebuild the right levels of accountability and ownership across each part of the media process," the email said.

Amplifi president Adrian Roeling most recently exited the business during a wave of executive redundancies in May. Roeling was promoted out of then Dentsu Mitchell (now Dentsu X) to the role of president for the holding group's dedicated media investment arm back in 2017.

The business is also led by current chief investment officer Ashley Earnshaw, who joined the business in the same year as Roeling from Carat, where he'd held a similar role.

Industry sources claim Earnshaw will remain with the business leading the changes within the Amplifi business and will most likely be appointed to a wider role within the media agency division.