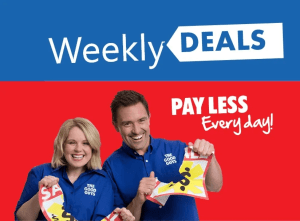 This is the second major win for the Melbourne-based indie agency, which earlier this year secured the full-service account for Australian vitamins company, Nature's Care.

The agency, which launched in 2017, has worked with Chemist Warehouse as a founding client and now also includes other retail and health clients including RSEA, Bio Revive, Gurner, Haileybury and Made by Cow.

The agency has been expanding rapidly since its launch, with its annual media billings now in excess of $100 million and a staff headcount of more than 45.

The exit of The Good Guys marks another major client to exit one of DAN's media agencies and is another blow to Dentsu X, which last year lost the coveted master media account for the Federal Government.

The win by Stratosphere continues the recent run of media appointments since the start of the year. Yesterday Asahi consolidated its Schweppes and alcohol accounts with OMD Melbourne.

This ended the 15 year relationship the business had with DAN's agencies Carat and Vizeum.

Last week, OMD secured the $40m Super Retail Group account and Intitiative was appointed to the $30m Carnival Cruise account, while the likes of Red Bull, the AFL, Virgin Australia and Tourism NZ have all moved their accounts in the last five months.