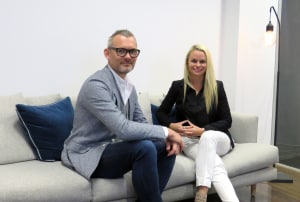 Vizeum Australia national managing director Travis Day has exited the business, with the agency appointing Stephen Deane to the role.

Deane has been promoted into the role, having led the Sydney business as general manager since late 2016.
Reporting to CEO Dentsu Aegis Network (DAN) ANZ, Simon Ryan, he will move into his new role effective immediately until Travis leaves the business, mid-July.

Day was promoted to national MD in October 2015, despite Vizeum already having an MD, Nick Behr. At the time, Dentsu said despite Day's new responsibilities, Behr would be continuing as the founding MD of Vizeum in Sydney, but he left in April 2016 to start his own venture.

“I look forward to seeing how Vizeum continues to evolve and thrive under Stephen’s direction, delivering exceptional results that accelerate business growth for our clients," Ryan says.

“Travis led Vizeum Australia for a significant period, and has been instrumental to its growth during that time. We thank Travis for his commitment to the business and wish him all the best.”

Additionally, Danielle Gowling, a founding member of VizeumM, has been promoted to general manager of the Melbourne business.

Day had been with DAN for eight years. In 2012 he launched Vizeum Melbourne as general manager, before being promoted to national MD of Vizeum Australia.