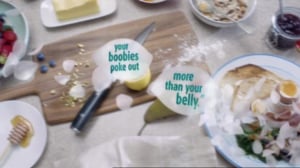 After weighing up its media agency options over the last two months, international diet promoting brand Weight Watchers has opted to move its business to independent full-service agency Atomic 212, AdNews can reveal.

The Australian account, thought to be worth about $8 million in media billings, had been with OMD for seven years, but media planning and buying duties, as well as social media, will shift to Atomic later this year.

It’s thought We Are Social and Carat were involved in pitching for the Weight Watchers business.

“As leaders in the wellness space for over 50 years, we’re passionate about empowering our unique community of members to live fuller lives in healthier bodies, and we’re confident that Atomic 212 will support our vision by building brand relevance amongst new audiences,” Schiffner says.

The move follows several wins for Atomic in 2017, having won major developer Lendlease, BHP, Nespresso VR, SAI Global, as well as wining the creative to reposition the ThinkTV brand.

Atomic 212 CEO Jason Dooris says Weight Watchers continue to be a revolutionary business in a category that they in essence created.

“I look forward to working with our new partners and commend the excellent work presented. This is a progressive move away from the more undifferentiated media platforms, to something full of life, with the consumer at its heart,” Dooris says.

Weight Watchers, which locally uses creative agency BMF, tapped Oprah Winfrey as a brand ambassador in the states at the end of last year. Following news of the celebrity joining, shares of Weight Watchers International Inc rocketed 23%, it reported second-quarter profit and sales that beat expectation and raised its outlook. It was the latest sign that its Oprah Winfrey-fuelled marketing and updated diet program was resonating well with customers.

The NYSE-listed brand was embroiled in a PR mishap in Australia last year after a wide scale campaign didn’t go as planned.

The brand unleashed a marketing 'teaser' phase of its new campaign which was devised off the back of research claiming half of Australian women avoid getting hot and heavy under lights due to body image issues. This initial PR stunt, which was set to be followed by a wide scale campaign including TV ads, saw the company send female journalists a mood light to facilitate confidence in the bedroom. The online versions of the TV ads went online but were soon removed.

Check out some of these global Weight Watchers ads below: