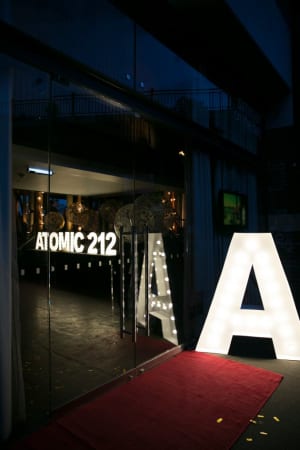 Following a competitive pitch Slingshot has won the Australian Pork account covering media strategy, data strategy, media planning and buying. The account was previously with Dentsu Mitchell and it's thought to be worth about $5 milion. The company is the national representative body for Australia pig farmers and is best known for the 'get some pork on your fork' campaign. Slingshot CEO Simon Rutherford says the agency is looking forward to strengthening the alignment between creative and media and to leverage more from their data. Australian Pork GM of marketing Peter Haydon added: “We have great evidence that increased sales of pork are highly correlated with our advertising activity. We have made this move because we want to be a bigger presence in our consumers’ minds."

Atomic 212 has been appointed to manage the performance media part of SAI Global, a worldwide risk management provider. The agency will be managing the media account and the win follows Atomic's BHP, Lendlease, and Nespresso wins. SAI Global CMO Hayley Clarke says: “We needed support from a partner that was creative and excelled from a strategy and a servicing perspective".

Ogilvy Australia's ex-head of data Leon Bombotas has launched a new content intelligence platform, Newsroom.ly. The platform has been built by Australian data scientists, digital strategists and app developers and aims to measure content performance. It has been picked up by health insurer MediBank which recently relaunched its Live Better platform. Bombotas says: “Newsroom.ly can now measure earned and owned content, allowing marketers to achieve greater relevance by finessing their content strategy, and publishers to focus their narratives to what's garnering more consumer interest”.

Ex-MediaCom founded Media & Production Partners (MPP) has been appointed to handle the NSW business for the Boating Industry Association, following a competitive pitch. MPP was launched in August of last year by former MediaCom group business director Jimmy Hyett. Blue 449 previously held the account. MPP’s first task will be to deliver a campaign for the upcoming Sydney International Boat Show in August. It will roll out across TV, print, radio, outdoor, social and online media.

M&C Saatchi Sport & Entertainment has appointed Duncan Shields to the newly created role of creative group head. Shields will work for the specialist sponsorship and experiential agency within the M&C Saatchi Group. He has more than 10 years of experience and has worked in agencies including McCann, VML and DDB. Shields will be reporting to MD Jamie Gilbert-Smith. In addition to Shields, S&E recently appointed Luke Haynes to senior account director. Haynes joins from RPM London where he worked with Sky, British Cycling, Heineken and Middlesex Cricket.

A new study released by Edison Research reveals radio is the leads in Australian online listening behaviour. The study, commissioned by Commercial Radio Australia (CRA), Southern Cross Austereo (SCA) and Triton Digital, surveyed 1007 people through random probability telephone samples, using of both mobile phones and landlines. It indicated 85% of people listen to AM/FM and online or DAB+ station either via free to air broadcast or online in an average week, compared to Spotify (21%), podcasting (10%), Pandora (8%), Apple Music (6%), and Google Play (2%). As well as this, twice as many people are listening to AM/FM radio (on-air and online) than all online audio streaming services each week. The study also found despite new ways to listen to AM/FM/DAB+ radio, 79% of the population have one or more radios in their home.