Ten confirms Sophie Monk as the next Bachelorette 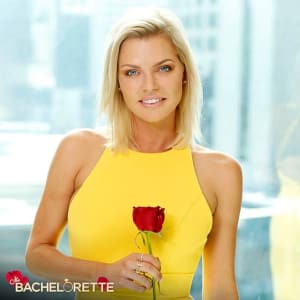 Sophie Monk has been confirmed as the next Bachelorette

Ten has confirmed Sophie Monk as the next Bachelorette.

The former Bardot singer and media personality follows in the footsteps of Sam Frost, who found love (for a bit) with Sasha Mielczarek in 2015, and Georgia Love, who's still going strong with Lee Elliott.

At the end of last year, rumours circulated that Ten would not bring back The Bachelorette after the 2016 series failed to draw the same level of ratings as previous years.

With Monk now confirmed as the Bachelorette, Ten is betting big on the format this year, hoping to win back viewers after its reboot of The Biggest Loser: Transformed tanked recently.

Network Ten chief content officer Beverley McGarvey says: "The Bachelorette Australia is a love story and a fairy tale. Australia has known and loved Sophie for more than 15 years and has followed the ups and downs of her love life.

“We are delighted she has agreed to join The Bachelorette Australia and let the nation enjoy her search to find happily ever after."

Last year, Ten director of revenue and client partnerships Rod Prosser told AdNews the network brought back Richie Strahan for The Bachelor because sponsors and audiences respond to people who have public personas.

Monk has a long history in the media, which began when she won Australia's first reality TV show Popstars with the group Bardot in 2000. Since she has held roles at SCA, including as host on Kiis 106.5, and appeared on the 2015 series of Nine's Celebrity Apprentice.

Monk certainly fits the bill of a well liked media personality, which Ten hopes will attract publicity and audiences to The Bachelorette.