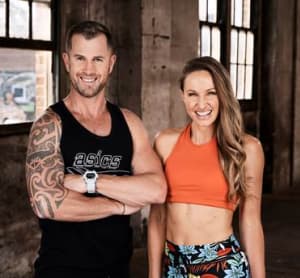 Ten has pulled The Biggest Loser: Transformed from its Sunday night timeslot after a week of dismal ratings.

Instead, the revamped weight loss show will now screen Mondays to Thursdays at 7.30pm.

The show has had slim ratings from the start, with its debut episode reaching an audience of 450,000.

The show's audience dropped again on Sunday night to just 305,000 and in last night's ratings dropped out of the top 20 programs, but climbed slightly to 329,000 viewers.

On the same night, Nine's Married at First Sight pulled its biggest audience yet at 1.2 million, followed by MKR with 1.07 million.

Ten brought back the reboot of The Biggest Loser after a haitus in 2016. The Biggest Loser: Transformed replaced Michelle Bridges and Commando with new hosts and changed the focus from extreme weightloss.

Ten has confirmed the scheduling change, previously warning not to write off the program.

Questions remain over how much longer Ten will be able to tolerate prime time audiences of around the 300,000 mark.

The Sunday night The Biggest Loser: Transformed with be replaced by new episodes of US sitcom Modern Family.