Ten not breaking up with The Bachelorette, despite reports 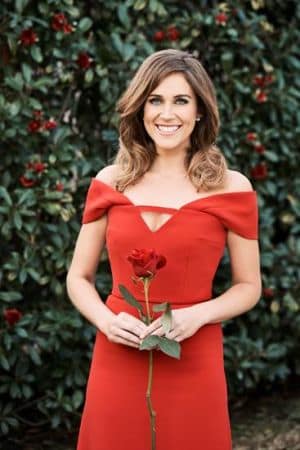 The Bachelorette is to return for its third seasons next year, despite multiple reports it will be axed after a season of flailing ratings, AdNews understands.

Speculation has been mounting after the second season of The Bachelor spin off, starring journalist Georgia Love, failed to draw the same top ratings Sam Frost’s series drew. However multiple sources close to AdNews suggest the series will most definitely return. Ten would not comment either way.

Love’s debut episode pulled in an audience of 655,000 metro viewers last month. In contrast, 875,000 fans watched the first episode of the 2015 Bachelorette with Frost as the focus.

While the second episode of The Bachelorette climbed to 703,000 viewers, it has since fallen again in the ratings.

Sam Frost was a fan favourite in 2015

Rumours have also been circulating over who could be the next Bachelorette, with some suggesting, like with Sam Frost, it's better to feature a person the Australian public already knows. AdNews suggests Keira Maguir.

Advertisers are big fans of such consistent 'tent pole' shows so when it does return for season three, it's likely many brands will still be keen to get involved, despite the lower than anticipated ratings.