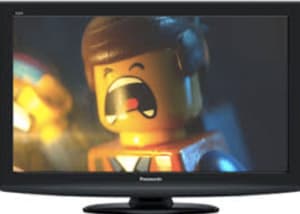 After two weeks of consistently poor ratings, Network Ten has pulled the reboot of its weight loss reality TV program The Biggest Loser: Transformed off prime time and moved it to lunchtime viewing.

New episodes of Modern Family will run on the network in the 7.30pm and 8pm prime time slot on Sunday and Monday. On Tuesday, Ten will run Jamie's Super Food Family Classics, on Wednesday there will be episodes of The Graham Norton Show and on Thursday Ten will run David Attenborough’s Natural Curiosities.

The show, which had ratings in the low 300,000s, and occasionally in the mid-200,000s, failed to attract enough eyeballs to warrant a prime time slot and has contributed to Ten's worst ratings week this year (see chart below).

“Obviously we are disappointed that The Biggest Loser: Transformed did not resonate with viewers as strongly as we had hoped it would,” Network Ten chief content officer Beverley McGarvey said in a statement.

“We are proud of the show – which will move into TEN’s daytime schedule from Monday 3 April – and proud of the great work done by Shannan Ponton, Libby Babet, Fiona Falkiner and the contestants.”

Ten programmers had high hopes for the The Biggest Loser, which took a different tack to previous series by focusing less on hardcore weight loss and more on transforming contestants' mind and soul.

Some of the contestants on this series weren't particularly overweight (one was 78kgs) and the show had hoped a more holistic approach to self improvement would resonate better with today's audiences than watching dangerously obese people shedding kilos through tough physical challenges.

However, as Nine's Married At First Sight has shown, clever casting, shock value and conflict are still important ingredients in reality TV formats.

Another mistake was launching the show against two established TV titans, Nine's Married and Seven's My Kitchen Rules.

Far too many potential viewers of The Biggest Loser: Transformed were already hooked on these shows, which were well into their seasons and each regularly attracting more than one million viewers per night.

Following Ten's Upfronts last year, media buyers were divided about whether the new approach would work, with Mindshare CEO Katie Rigg-Smith speculating: “It will be interesting to see if that resonates and people find it motivating or do people want to see the old format...the extreme version.”

Clearly it's not the former, but it's unluckily Ten will gamble on another reboot that goes for a more extreme version in a bid to rekindle a ratings magnet of the past.