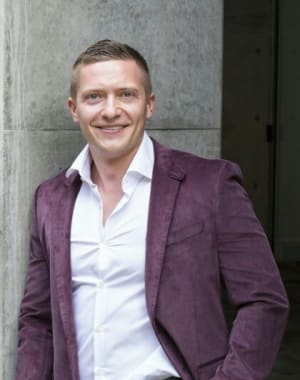 Popov, who previously worked at Brandscreen as senior program manager, as well as at Ninemsn, and as head of publisher trading desk at News Corp Australia, will become head of APAC platform solutions at the independent DMP, as it expands its leadership team in the Asia-Pacific region.

He has nearly 10 years of senior programmatic and advertising technology experience and held a role as director of operations, Asia-Pacific, at RadiumOne.

When at News Corp in Sydney he ran the programmatic trading operations for the publisher across its mobile, display, and video channels. Popov is also the co-founder and director of the Sydney AdTech Meetup.

Popov's move is to spearhead the company's expansion in the region and based in Sydney, Popov will be responsible for ensuring the company’s customers “realise the full value of Lotame’s data management platform”. He will act as the company’s senior technical resource in the Asia-Pacific region.

RadiumOne's MD APAC, Kerry McCabe said: “Evgeny was instrumental in building the foundation for RadiumOne's early success in Australia and across the region. I'm personally very grateful for that and wish him, Mathew and Lotame the very best.”

Mat Ward, Lotame Asia-Pacific MD, said Evgeny is a known and respected person in the ad tech space and many have worked or collaborated with him through the maturing of the ad tech industry in Australia.

“Evgeny has proven to be an outstanding executive in the programmatic and data-driven advertising industry and we believe he will bring considerable skills to Lotame in the Asia-Pacific region,” Ward said.

“Brands and publishers are increasingly understanding that by deploying a DMP they can secure tremendous value from properly unlocking the value of audience data. Evgeny’s deep technical knowledge will assist Lotame in delivering on their objectives.”

Popov said the DMP is now playing an important part in the new digital advertising environment and acts as the “central nervous system of the marketing stack”.

“I was attracted to the vision and smarts of Lotame, and I am looking forward to helping brands and publishers use data to meet their commercial goals,” he said.