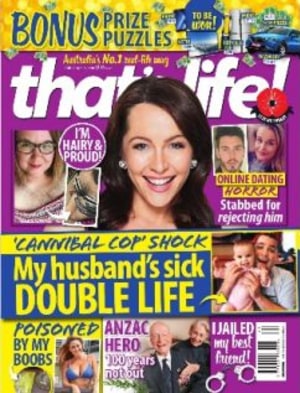 Pacific Magazines is defying the decline of print and launching an additional monthly magazine for weekly title That's Life.

The publisher will expand on the weekly magazine with a new title of the same name to target everyday women.

It will follow the same format of the weekly edition and contain real-life stories and puzzles but will have a different feel and tone, according to a report in The Australian.

The launch comes from an increasing demand from customers and is confident the new title will be a success due to the popularity of monthly real-life titles in the UK.

In addition to an interest in print, audio has also been attracting a large audience, with the That's Life podcast, 'How I Survived', being the most successful podcast at PacMags.

The investment from both publishers suggests the difficulty print has had in past years could be beginning to plateau.

However, the women's category has come under significant pressure from sales and a declining ad market with Bauer Media closing Cosmopolitan in 2018 and other titles, such as Dolly and Cleo.

The new edition launches on the 21 January.