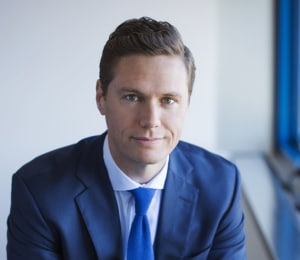 This was first published in AdNews March Magazine.

There’s no doubt when Gereurd Roberts landed the CEO job at Pacific Magazines he took on one of the most challenging roles in media. Even Seven West Media CEO Tim Worner admitted the business faced some of the “toughest structural challenges” at the time. But, Roberts remains upbeat as he refocuses to dominate in key commercial categories, rather than operate across them all.

Roberts started out as a sports journalist, cutting his teeth at Dubbo’s Daily Liberal, and for the majority of his career remained on the editorial side of the fence. Which is why it came as a surprise to some when he was named as the successor to publishing veteran Peter Zavecz. His trajectory isn’t that of a typical CEO, who often emerge from a background in sales, operations or finance.

But Roberts' editorial roles, as deputy editor of Bauer’s NW celebrity magazine and editor–in–chief at Pacific’s Famous, have given him an insight into the nuts and bolts of magazine brands and provided with him something that can’t be taught, empathy.

“I understand what it takes to create quality content and I value that above absolutely everything else," Roberts explained. "I also have an understanding of what our teams are going through and how hard they work.”

Roberts has had to make tough calls in his 18 months as CEO.

In 2016, he sold off the K-Zone and Total Girl brands and refocused Pacific’s efforts around the consumer and advertising categories of food, family, home, fashion, and beauty and health.

“The sale of K-Zone and Total Girl is a good example of having to make strategic decisions that make our portfolio the most commercially attractive,” Roberts said, adding he made the decision to dominate in some categories, rather than operate in all.

So far, it seems the strategy to move away from being the Jack–of–all–trades is paying off for Pacific. The publisher outpaced Bauer Media’s digital titles at the end of 2017, according to Nielsen DRM figures. Pacific’s digital portfolio hit 1.9 million UAs versus Bauer’s 1.86 million UAs, despite the difference in portfolio size.

It has become a common saying in the publishing industry that media companies don’t have an audience problem, but a revenue problem. Roberts is positive about the prospects of Pacific’s portfolio, but recognises the biggest challenge now is to match Pacific’s strong audience with equally strong revenue growth.

It’s a big goal to achieve. Pacific’s ad revenue was down 28% year–on–year in 2017, impacted by several titles closing.

Publishing is continually under pressure and against the threat of magazine closures morale can be left waning within publishers. An important focus for Roberts has been the people of Pacific Magazines. He said his staff would never find out about any changes through a press release.

“We’ve realised you can’t make any changes in a business without a willing, believing team.”

Aside from organising the titles into five core pillars, Roberts flew somewhat under the radar in 2017 in comparison to newly instated Bauer CEO Paul Dykzeul, who had barely been at the business a month before making more mag closures and taking a vocal stance.

“A lot of people come into leadership roles and feel pressure to stamp on things and make changes immediately in order to be able to own it. But, I think that’s too risky,” Roberts explained.

“There are risks in making changes too early and risk in being too late. But the greater risk is doing it before you’re ready.”

The next opportunity for Pacific Magazines will be its upcoming rebrand, which has been in the works for two years. It’s understood the word magazines will be unloaded. That said, print is still the most profitable part of the business and Roberts is committed.

“We make a hell of a lot of money out of it. We’d be silly to turn away from that.”